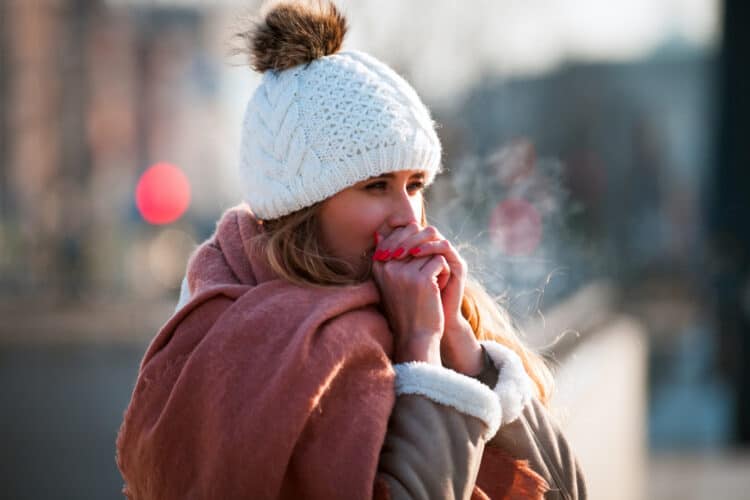 The cold makes for wonderful imagery in music and other kinds of art. Partly, this is because it is common enough for everyone to know about it. However, it also helps that the cold is very noticeable, meaning that it always manages to leave a strong impression on people. As such, musicians have created some remarkable songs connected to the idea of cold in one way or another.

December is one of the happiest times of the year. Unfortunately, December is also one of the saddest times of the year. This is because Christmas and its counterparts see people gathering together with their loved ones. Unfortunately, not everyone can do so, particularly since loneliness is becoming more and more common in modern society. Even worse, we are social animals, meaning it is natural for us to compare our situation with that of others. The difference in circumstances can be crushing.

There is a strong connection between fertility and the cycle of seasons. Unsurprisingly, that has created a connection between the status of romantic relationships and the cycle of seasons as well. Since winter is a time of death, it makes sense that it would symbolize the loss of romantic relationships. Many musicians have written songs on this theme. Counting Crows’ “A Long December” is one of the best because it emphasizes how the loss of love makes the winter seem so much worse.

In contrast, this Billie Holiday song takes the opposite approach. It acknowledges the cold weather. Despite that, the singer is confident that her romance will see her through. To be fair, she has a reason for her confidence. If nothing else, the good company goes a long way in fending off misery.

“Snow (Hey Oh)” is one of the Red Hot Chili Peppers‘ slower, softer songs. Unsurprisingly, it isn’t literally about the snow. Instead, the singer claims that it is about starting anew. Something that can be a very appealing thought for those who have made serious mistakes in their lives. Other people have other interpretations. In particular, it is very common for people to speculate about the snow being a metaphoric for heroin and cocaine.

“A Winter’s Tale” has a dreamy feel to it. Despite that, it is one of the most literal songs on this list. Freddie Mercury wrote it while looking out a window, meaning the song is a summary of what he saw that day. With that said, “A Winter’s Tale” wasn’t released until after Mercury’s untimely passing. As such, it takes on different connotations because of its timing. That day is gone. Even so, the memory of it remains. Much the same is true of Freddie Mercury.

“Winter Winds” is one of those seemingly straightforward songs that become more interpretable when one thinks about it. One possible reading is that the singer isn’t sure whether they are in a relationship because they love the other person or because they are lonely. Regardless of the exact meaning, “Winter Winds” resonates with a lot of people.

This song isn’t a Simon & Garfunkel original. Still, most people would say this is the better version, thus making it more deserving of inclusion on this list. There is a sense of sadness in this song. Simultaneously, there is a seed of hope because the cycle of seasons is ever-turning. Winter is here now, but eventually, winter will go away. That is as true metaphorically as it is literally.

As mentioned earlier, having good company can make unpleasant circumstances much more bearable. This song is almost a challenge issued to the weather. Whichever way the wind howls and the snow blows, the singer is ensconced in a warm building with people they like, meaning they will be just fine no matter what.

The sudden, unexpected death of Kanye West’s mother Donda West hit him very hard. As such, it makes sense that it would influence some of his musical output. In particular, “Coldest Winter” is a clear statement of the singer’s pain at the loss of someone who mattered to him. Like other songs, it acknowledges the possibility that he might eventually recover from that emotional wound. Still, it is telling that the singer states multiple times that he won’t love again. Emphasis might be a simple way to add strength and weight. Nonetheless, it sees use because it works.

“Snowbird” is a combination of skillful metaphor use and similarly impressive singing. The titular creature is a symbol of spring and other good things. However, it is important to note that it is a speaker of lies and bringers of false promises. After all, the snowbird represents the singer’s unfaithful lover. In other words, it isn’t a herald of spring at all. Instead, it is an avatar of the force responsible for stranding her in metaphorical winter in the first place. Thanks to that, being lulled by the snowbird’s sweet song would be a foolish mistake because it means falling for the same lies all over again. The singer knows this very well. Even so, she wants to fly away with the snowbird because she wants to believe in those lies. Emotions are sometimes messy like that.

10 Awesome Songs about Having a Baby