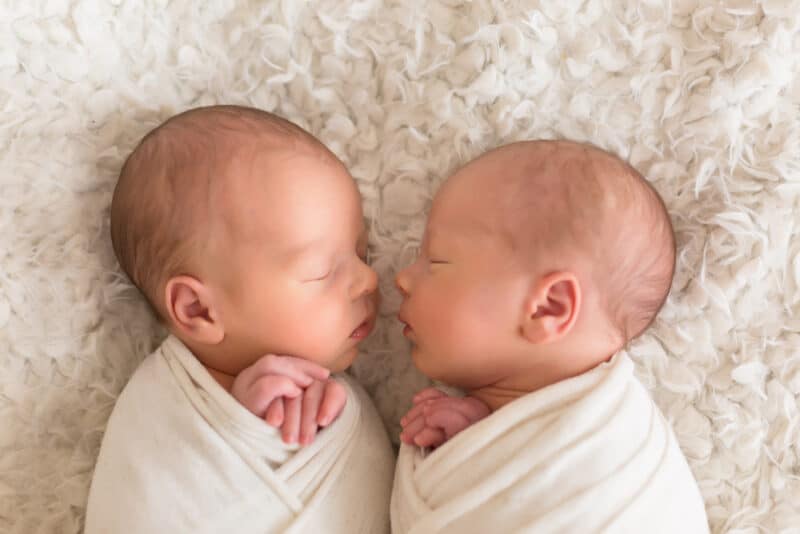 Speaking of which, there are numerous songs called either “Evil Twin” or some minor variation of “Evil Twin.” Generally speaking, they use the concept in a metaphorical sense rather than a literal sense. For instance, the name often refers to either less expressed impulses or less pleasant alternate personalities. Eminem’s “Evil Twin” is very much a song based on these lines.

The popular stereotype of twins is that they are extremely close. As a result, it can be hard to imagine them not getting along. In practice, twins are perfectly capable of fighting in much the same manner as any other set of siblings. Indeed, it isn’t uncommon for them to become competitive with one another, which can make for some funny results. For instance, “Sibling Rivalry” describes a pair of siblings getting stuck inside a tent for days because of bad weather. Something they could have avoided by just staying home rather than trying to prove themselves.

It is common for twins to be extremely close. Thanks to that, it isn’t hard to imagine them saying things to one another that they wouldn’t say to anyone else because we are much more willing to open up to our loved ones than other people. With that said, whatever prompted “My Sister Says the Saddest Things” must have been remarkably bad to inspire the wording choices for the lyrics.

Twins aren’t always identical. Instead, twins can be either identical or fraternal. The first case happens when a fertilized egg splits into two, while the second case happens when there are two fertilized eggs. As a result, fraternal twins resemble each other as much as non-twin siblings, meaning they can still look very similar. It is easy to interpret “When We Grow Up” as being about a sister and a brother who are fraternal twins. They start similarly to one another. However, the song is clear that their paths will diverge over time, not least because of societal expectations.

“Boss of Me” is best known for being the theme song of Malcolm in the Middle. The lyrics don’t specifically describe an older-sibling and younger-sibling relationship. Despite that, it has that kind of energy, which makes sense because older-sibling and younger-sibling relationships played such an important role in the sitcom. Twins might be born at around the same time, but it is very common for them to care about birth order to some extent. In turn, that means this song is very relevant to their situations.

Songs don’t need to be complicated to be enjoyable. For instance, Sister Sledge’s “We Are Family” is exactly what it sounds like, which is to say, an upbeat expression of familial love packed full of hope for the future. Sister Sledge consisted of four sisters. None of the four were twins. Even so, it isn’t hard to picture twins voicing similar sentiments.

Love can inspire us to greater heights than otherwise possible. “He Ain’t Heavy, He’s My Brother” is an excellent example of this. After all, the title says the viewpoint character can bear up under his brother’s weight because it is his brother’s weight. That is more than enough to constitute a powerful statement of fraternal love. Everything else about the song just enhances that impression because of expert singing and songwriting.

Of course, there is a limit to how far fraternal love can reach. For instance, the viewpoint character in Bruce Springsteen’s “Highway Patrolman” is a police officer who has been letting his brother get away with wrongdoing. As a result, one can argue that he has failed not just his duty but also his brother because the latter escalated to the point of doing something that can’t be smoothed over.

Besides that, the story is also a neat reminder of how hard it was to establish some of the fundamental pillars of modern society. Historically speaking, people were expected to stand by their families because their families were the only ones who could be expected to stand by them. That was a direct consequence of weak or even nonexistent institutions, meaning those who didn’t do so were in a very weak position. Even now, modern societies still struggle with this issue to some extent because the story laid out in “Highway Patrolman” is very much true to life.

Finder’s Specialists Predict Ethereum Will Slip to $963 This Year, but End 2022 at $1,377 per Unit – Markets and Prices Bitcoin News