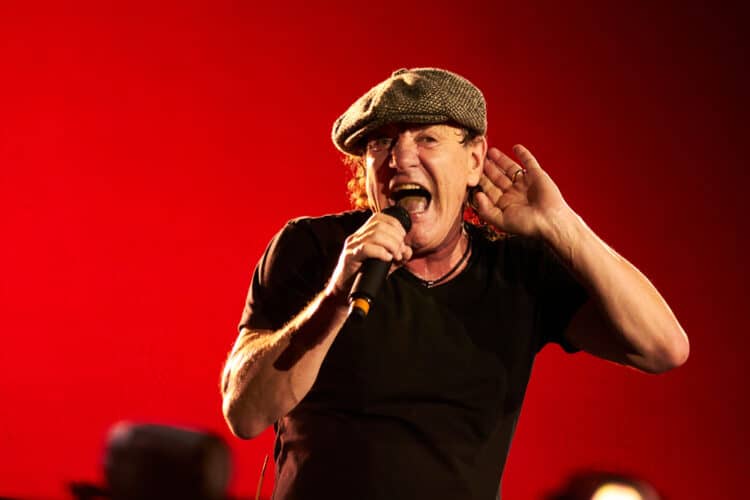 First impressions count, and that applies to music as much as people. The first few moments of a song can make it or break it, ingrain it in your brain forever or consign it to the rubbish bin of music history. Throughout the history of rock, there’ve been plenty of artists who’ve mastered the art of the perfect intro. Back in the ’80s, bands like AC/DC, Metallica, and Guns N’ Roses created songs that, decades later, still can’t fail to impress with their dynamite openings. If you’re ready to rock, check out these 10 rock songs from the ’80s with the best intros.

10. Metallica – For Whom the Bell Tolls

If you can listen to Cliff Burton’s bass intro to For Whom the Bell Tolls without getting chills, you’re not listening hard enough. Burton wrote the intro years before joining Metallica, but after taking it for its first outing during a battle of the bands with his former band Agents of Misfortune in 1979, he retired it until it made its onto Metallica’s 1964 album, Ride the Lightning. Widely considered one of their most popular live songs, it’s since been included on a number of their subsequent albums, including S&M and S&M2.

9. George Thorogood And The Destroyers – Bad To The Bone

George Thorogood has always been a master of high octane boogie blues, something that turned him into a radio stable in the 80s and has helped sell over 15 million records worldwide in the years since. Of all his hits, Bad To The Bone is perhaps the one he’s best known for… and for good reason. Inspired by Muddy Walters’ Mannish Boy (another song with a spine-tingling intro), it didn’t make much of an impression on the charts on its release in 1982, but it’s since become a permanent feature on any film or TV show with a bad boy character… the moment that intro kicks in, you know whoever’s about to walk into shot is mad, bad and dangerous to know.

Regardless of whether you think Van Halen is better with or without David Lee Roth, there’s no arguing that they’ve always known their way around a hair-raising intro. The proof? Hot for Teacher, a highlight of their sixth studio album, 1984, and a song with one of the most unusual but memorable intros (a 30-second drum solo that segues into a 30-second instrumental) of any single from the ’80s. Since its release in 1984, it’s become one of the most popular songs in the band’s canon, with Vulture describing it as “the encapsulation of almost everything Van Halen is known for, all within the space of five minutes.”

Mention the album Peace of Mind to most Iron Maiden fans and the song they’re most likely to think of is The Trooper, a song All Music describes as “an all-time genre classic that boasts guitarists [Dave Murray] and [Adrian Smith’s] most memorable harmonized lead riff, plus that trademark galloping rhythm.” Released as the album’s second single in June 1983, it hit No. 28 on the US Mainstream Rock charts and No. 12 in the UK Singles Charts.

Intros don’t get much more memorable than Welcome to the Jungle, Guns N’ Roses’ high velocity hit about life on the mean streets of LA. Since its release in 1987, it’s been voted one of Rolling Stone’s “500 Greatest Songs of All Time,”one of Q’s ‘s “1001 Best Songs Ever,”.and the “greatest song about Los Angeles” by Blender.

Ozzy screaming, manic laughter, general sounds of insanity, and an iconic guitar riff that everyone with a guitar has tried to master at some point… 40 years after its release, Crazy Train, Ozzy Osbourne’s debut solo single after getting fired from Black Sabbath, remains one of the singer’s best-known and best-loved songs, not to mention the one with the best intro.

Back in Black, AC/DC’s first album to feature lead singer Brian Johnson after the death of former singer Bon Scott, was an international sensation, becoming the second best-selling album of all time after selling over 50 million copies worldwide. Over forty years later, the title track, and especially that iconic opening guitar riff, is still as anthemic as ever.

Up next is another entry from Guns N’ Roses, this time the perenially popular Sweet Child of Mine. In 2004, readers of Total Guitar magazine voted its intro riff as the number 1 riff of all time… something you’d have thought guitarist Slash would be proud of, but which, judging from a comment he made in 1990 – “The song turned into a huge hit and now it makes me sick. I mean, I like it, but I hate what it represents” – he’s got some mixed feelings about.

2. Dire Straits — Money for Nothing

One of the most atmospheric intros of all time, coupled with a groundbreaking video and a guest appearance from Sting on backing vocals equaled a number 1 hit, a Grammy, and 11 MTV Video Music Award nominations for Dire Straits back in 1985.

If there’s one band that’s always understood the power of a dynamite intro, it’s AC/DC. Everyone’s got their favorite, but it shouldn’t ruffle too many feathers to find You Shook Me All Night Long, AC/DC’s first single with Brian Johnson after the death of Bon Scott, topping our list of the top ten rock songs from the 80s with the best intro.

The 10 Best Steeldrivers Songs of All-Time

10 Great Songs to Listen to When You’re Sad