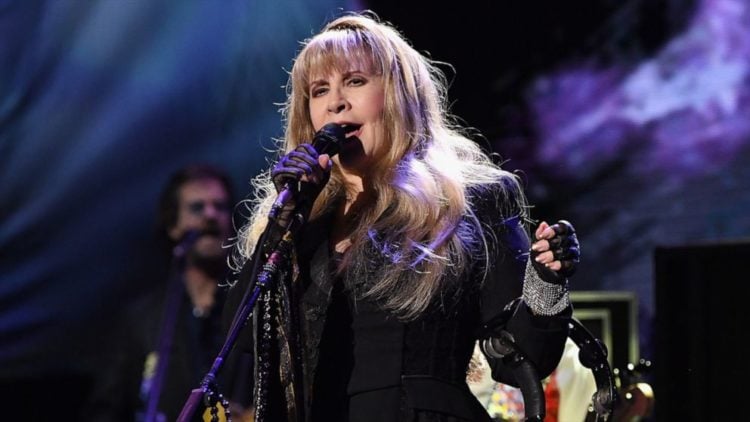 Time is priceless. After all, we experience its flow in a single direction, meaning we cannot reclaim it once we have spent it. A host of singers and songwriters have commented upon this in their music. Sometimes, they stress the need to seize the moment. Other times, they show signs of regret for things that are now beyond alteration. Whatever the exact message, the subject of time has inspired some wonderful songs well worth a listen or two.

Here are 20 of the best songs about time ever released:

20. “Who Knows Where the Time Goes” – Fairport Convention

Cher released “If I Could Turn Back Time” as the lead single for Heart of Stone in 1989. Reportedly, she didn’t like the song at first. However, she changed her mind when the songwriter Diane Warren made her record it anyway. That seemed to have been a smart move because the song made it to the number 3 position on the Billboard Hot 100 and the number 1 position on the Billboard Adult Contemporary.

That success was particularly impressive because there was a huge uproar over Cher’s choice of costume and choice of location for her music video. Still, it isn’t hard to see why the song’s message of wanting to turn back time to avoid hurting a lover would resonate with listeners.

Barenaked Ladies released “Falling For the First Time” as the third single for their fifth studio album Maroon in 2000. It is a simple but enjoyable song about the confusing rush of emotion one experiences when falling in love. The neat thing about it is that it also contains a surprisingly grounded line about how anyone who seems perfect must be lying, which is a sobering bit of caution embedded in an outpouring of passion.

The times are constantly changing. That makes it very easy for people to feel as though they have slipped out of sync from time to time. Never mind those who never felt like they were in sync in the first place. Thanks to these things, the Beach Boys‘ “I Just Wasn’t Made For These Times” might be one of the most relatable songs on this list.

This song sees Otis Redding singing about how he is just wasting his time by sitting on the docks of San Francisco Bay. It is curiously reflective. On the one hand, the singer doesn’t seem fully satisfied by his current circumstances; on the other hand, there is a reason why he has chosen to sit on the docks rather than do something more productive. Due to this, it is hard to say whether he is being truthful when he says he is just wasting his time.

There are a lot of people who will recognize “(I’ve Had) The Time of My Life” because of its use as the theme song for Dirty Dancing in 1987. It was a huge success, as shown by how it snagged an Oscar, a Grammy, and a Golden Globe at that year’s awards. “(I’ve Had) The Time of My Life” is an exceptional love song, though one can’t help but wonder if the emotions that are true at that moment will remain true in the times to come.

Jerry Ragovoy wrote “Time Is On My Side” under the pseudonym Norman Meade. Kai Winding recorded it in 1963. Then, Irma Thomas and the Rolling Stones recorded it in 1964. Breakup songs have been known to express a wide range of emotions, which makes sense when they are about such emotionally messy events. “Time Is On My Side” stands out because the singer expresses an unusual combination of sentiments. First, they are confident that their ex-lover will return to them. Second, they have no issue with taking their ex-lover back when that happens.

The Steve Miller Band released “Fly Like an Eagle” as the title track for the studio album of the same name. It is a dreamy song, though that quality enhances rather than detracts from its enjoyability. Interested individuals might also want to check out the covers for “Fly Like an Eagle.” Some of those are quite good in their own right. The most notable of the bunch might be Seal’s version, which has the same dreaminess but expresses it differently.

Roger Waters provided the lyrics for “Time,” while the entirety of Pink Floyd contributed to the music. Perhaps unsurprisingly, the song is about the passage of time. As the story goes, Waters wrote it when he realized he was no longer preparing for the future but instead living in the future he had prepared for.

Semisonic has had more than one hit over their career. Even so, the band remains best known in the United States because of “Closing Time” from 1998. Everyone guesses that the song is about a bar’s closing time. The funny thing is that a band member has also said it is about being born because the songwriter was expecting to become a father at the time. Regardless, “Closing Time” has some of the expected melancholy but is nice enough about it that it feels as though going home won’t be that bad.

There is no doubt the narrator feels both attracted and repulsed by something. The issue is what that something might be. A straightforward interpretation says “Time Is Running Out” is about a toxic relationship. More metaphorical interpretations go for everything from drugs to runaway materialism and governmental control.

In particular, its music video became one of the most famous music videos of the 1990s, not least because of the memorable shot of O’Connor’s face with tears rolling down her cheeks towards the end. She has said she shed those tears because of her memories of her mother, who died in a car accident in 1985.

“Yesterday” is one of the Beatles‘ more melancholic songs. That is because the narrator is lamenting the end of his relationship, which seems to have been caused by something wrong he said just a day ago. There is a particularly excellent line about how he isn’t even half of the man he was because of the sheer impact of the breakup.

The Chambers Brothers’ most successful hit was “Time Has Come Today.” As the story goes, the band recorded the song in 1966 but couldn’t release it because their record label wanted something more conventional. Fortunately, the replacement met with some success, thus empowering the Chambers Brothers to release a re-recorded version of “Time Has Come Today” in 1967. It is one of the most iconic songs of the psychedelic rock era. Perhaps unsurprisingly, its words are simple, but its sentences are hard to interpret.

People have argued that made it one of the most punk songs on that studio album because so much of punk is rooted in the defiance of convention. In other words, being non-punk can be very punk.

“Remember the Time” was just one of Michael Jackson’s numerous hits. Specifically, it was the second single on his eighth studio album Dangerous. Subject-wise, “Remember the Time” sees the narrator reminiscing about the good times that he has had with his significant other. It is Jackson’s vocals that enabled it to go triple-platinum in the United States while becoming a Top 10 hit in nine countries.

Generally speaking, “Clocks” is considered one of the best songs of the 2000s. Unsurprisingly, that means it is also one of Coldplay’s signature songs. Annoyingly, the song’s lyrics are notoriously difficult to decipher, which is assuming that there is anything there to be deciphered at all. Still, Coldplay did use the titular word to create a sense of urgency to excellent effect even if we can’t be sure what that urgency was even for.

Countless artists have written love songs expressing support for their significant others. As a result, it takes something special to stand out from that often indistinguishable mass. Cyndi Lauper’s “Time After Time” is one of the rare exceptions that manage to stand head and shoulders over the rest.

It is much like what people would expect based on its title, which is to say, a statement that the narrator will always be there to support their significant other. That isn’t the rarest of sentiments, so it took true skill for Lauper to make something so simple so charming.

People might recognize “Landslide” because of either the Smashing Pumpkins, the Dixie Chicks, or even Glee. However, Fleetwood Mac performed the original version of the song, thus paving the way for everything that came afterward. This is a very introspective song about the changes and challenges people encounter in life.

Stevie Nicks wrote it about specific moments in her life, but its lyrics are versatile enough that other people can relate them to their own experiences. “Landslide” is melancholic in places but also surprisingly uplifting in parts. That is because it contains the seed of the idea that the narrator can rise to overcome the challenges before them because of the changes rather than despite the changes.

Ranking The 10 Best Songs from The Spawn Soundtrack

Bass Heavy Songs of the 80s