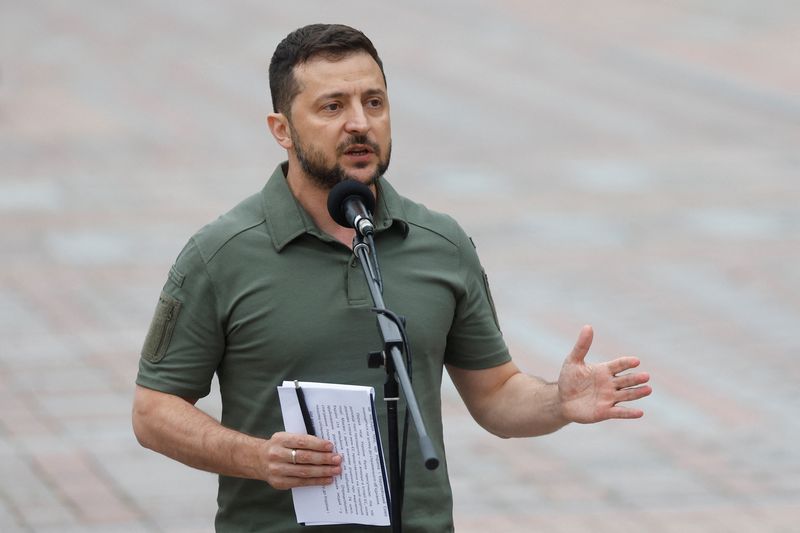 KYIV (Reuters) – Ukraine’s President Volodymyr Zelenskiy said on Thursday air defence systems were a priority for his country as it attempts to protect its cities and towns from Russian strikes.

Speaking at a joint news conference in Kyiv with the visiting president of the European Commission, Ursula von der Leyen, Zelenskiy also said Ukraine had not yet received a positive response from Israel on the possible supply of aerial defence systems.

Zelenskiy said air defence systems promised previously by Germany and the United States had not yet arrived in Ukraine.

Ford won’t say whether the new Mustang runs on Android

GIC and Oak Street to Take Store Capital Private in a $14 Billion Deal By Investing.com