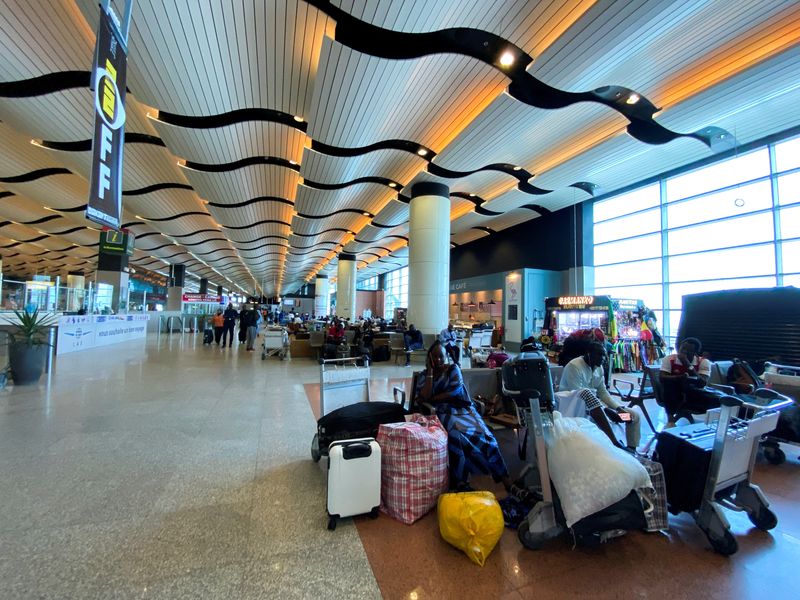 DAKAR (Reuters) -A 48-hour strike by air traffic controllers in West and Central Africa has been suspended, their union said on Saturday.

The strike, which started on Friday, has disrupted flights across the region and left hundreds of passengers stranded at airports on Saturday.

The Union of Air Traffic Controllers’ Unions (USYCAA), which called the wildcat strike, said in a statement it decided to suspend its strike notice for 10 days immediately so as to allow for negotiations.

“Air traffic services will be provided in all air spaces and airports managed by ASECNA from today Saturday, September 24, 2022 at 1200 GMT,” the statement said.

The controllers work under the Agency for Aerial Navigation Safety in Africa and Madagascar (ASECNA) an 18-member state agency that manages air traffic over an area covering 16 million square km of airspace.

Across the region, airport operations ground to a near halt as authorities tried to keep control towers operational for some flights.

Hundreds of passengers were stranded at Douala International airport in Cameroon on Saturday morning, national television CRTV reported. National carrier Camair-Co said on Friday it had cancelled all its flights due to the strike.

Nsoh Brinston, a stranded passenger who was due to fly to Kigali, Rwanda, said his flight has cancelled.

“I will have to spend more than I intended due to the cancelled flight. I will have to do another COVID test which costs 30,000 CFA francs ($45),” he said.

He would also have to find a place to spend the night.

In Senegal, the airport departure board showed cancellations for flights operated by Brussels Airlines, Kenyan Airways and Emirates as passengers gathered to check if their flight was still on schedule.

A group of students from Brazzaville, Republic of Congo, who were due to fly back home from Dakar said they were stuck at the airport because they could not afford the fare to the city, around 50 km from the airport.

“We were supposed to board at 0900 GMT but were are still here,” one of the students said, requesting to remain anonymous. “We have been told the situation could be resolved by tomorrow.”

“I was supposed to leave at 1400 GMT. The flight was announced as scheduled but we have just been told that it has been cancelled,” said Maxine Compaore, who was supposed to fly to Abidjan, Ivory Coast.

In Ivory Coast, eight flights scheduled to leave the commercial hub of Abidjan on Saturday were cancelled.

Iran must deal decisively with protests, president says By Reuters