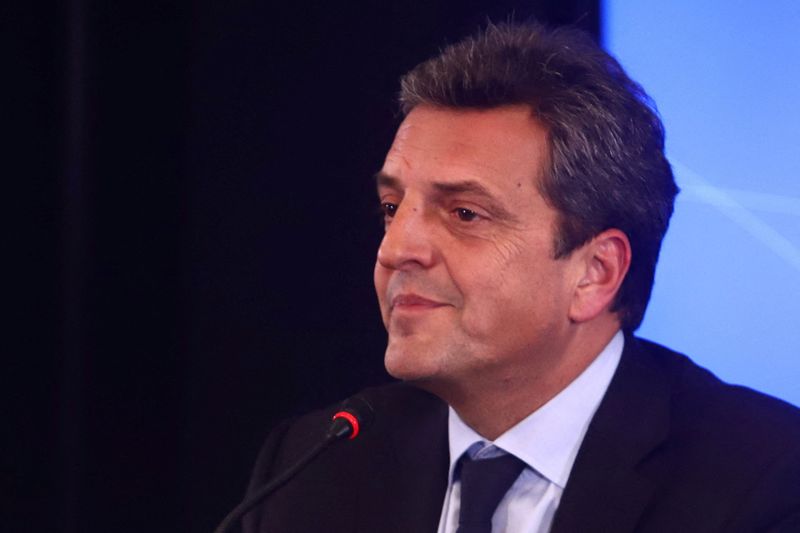 BUENOS AIRES (Reuters) – Argentina’s Economy Minister Sergio Massa said on Sunday the government will give workers tax relief from November by raising the threshold at which income tax is charged, as the country battles with soaring inflation.

“It will take effect from Nov. 1, it will be above 330,000 pesos ($2,176),” Massa said in an interview with Radio Rivadavia, referring to monthly income. The move should help alleviate the burden faced by workers, he added.