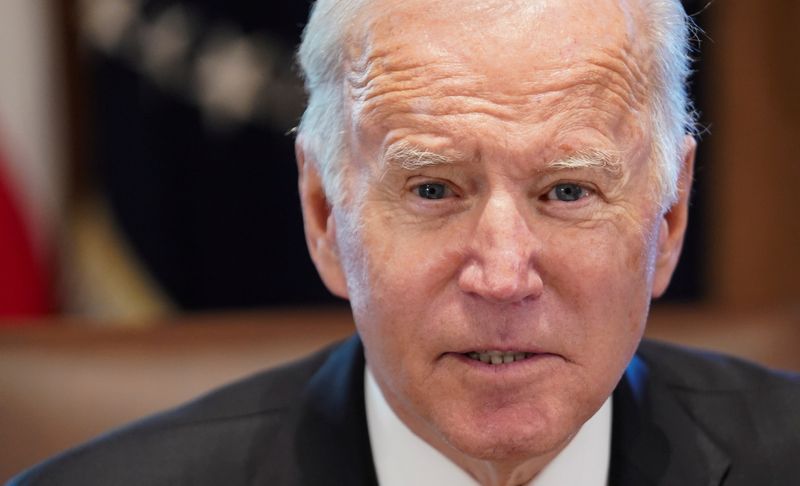 “You can expect to hear from him this evening – similar to what he’s been saying over the course of the last several months – that there is a lot at stake [in the midterms], including democracy,” White House Deputy Chief of Staff Jen O’Malley Dillon said.

The speech comes against the backrop of the deadly Jan. 6 assault on the U.S. Capitol last year and the weekend attack on the husband of House Speaker Nancy Pelosi, a fellow Democrat, senior White House adviser Anita Dunn said.

“He’ll be making the speech from Capitol Hill … because on Jan. 6 we saw violence veering towards subverting democratic processes,” Dunn said.

“The threat of political violence which most Americans find abhorrent, the idea that you would use violence to further your political aims, it’s something that unites almost all Americans and that we can all be united against. We’ve seen horrible things happen quite recently.”

Biden, who will attend a 7 p.m./2300 GMT Democratic National Committee event on Capitol Hill, is confident his fellow Democrats will retain control of Congress in the midterm elections next week, O’Malley Dillon said.

That optimism is in contrast to most midterm forecasts, which predict Republicans are almost certain to take control of the House, and show the Senate is a toss-up.

Looking ahead to 2024, Dunn said Biden intends to run for re-election, as he has said previously. Though a formal announcement is yet to come, “we are engaged in some planning,” she said.

Biden’s predecessor, Republican Donald Trump, has openly hinted he would make another run for the White House.

Trump’s supporters stormed the Capitol on Jan. 6, 2021, in an attempt to stop the official certification of Biden’s victory in the November 2020 election.

While reviews by dozens of courts, state authorities and members of Trump’s own administration have repudiated his false claims that his election defeat was the result of widespread fraud, he has continued airing them since leaving office.

A substantial number of Americans appear to accept the false claims. A Reuters/Ipsos poll that concluded on Monday found that 49% of Americans think that voter fraud is a widespread problem, with 34% of Democrats and 69% of Republicans holding that view.

Some 44% said they are concerned that the U.S. election is rigged, including 28% of Democrats and 62% of Republicans.

Despite those beliefs, 67% of respondents said they were confident their own ballots would be accurately counted, including broad majorities of Democrats and Republicans.

Google’s new prototype AI tool does the writing for you

Paramount Plus sees a price hike in its future