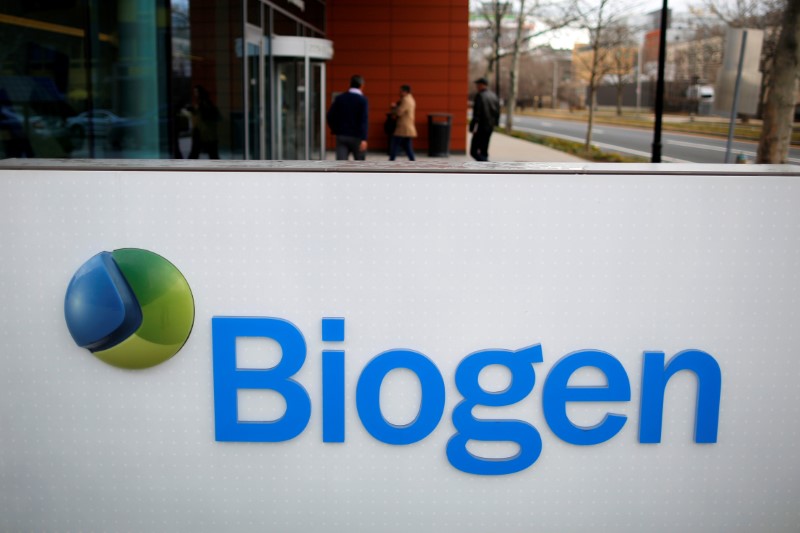 Biogen (NASDAQ:) shares were upgraded to Buy from Hold, with the price target raised to $299 from $223 per share by Stifel analysts on Thursday.

The analysts said the company’s shares have faded since the positive lecanemab data. In addition, they do worry about residual competitive/commercial risks in spite of the uncertainty around BIIB’s future CEO, while the analysts also acknowledged that gantenerumab and donanemab readouts are overhangs for Biogen. However, Stifel believes there is reason to think that “in most scenarios, lecanemab will have a competitive clinical profile.”

“We think upcoming Roche gantenerumab data are unlikely to live up to the high bar lecanemab recently set, and we think there’s a meaningful commercial role for lecanemab even if LLY’s donanemab succeeds based on lecanemab’s substantially lower rate of ARIA,” wrote the analysts.

Stifel believes that, in the near term, in the most likely gantenerumab data scenarios, Biogen shares will trade higher.

“Bottom line: the stock set-up is admittedly tricky, but we think the risk/reward is upside biased, as there’s more skepticism than we anticipated on what looks like a best-case scenario for CLARITY-AD,” the analysts concluded.

The Simply Goods Group PT Raised to $50 at Citi