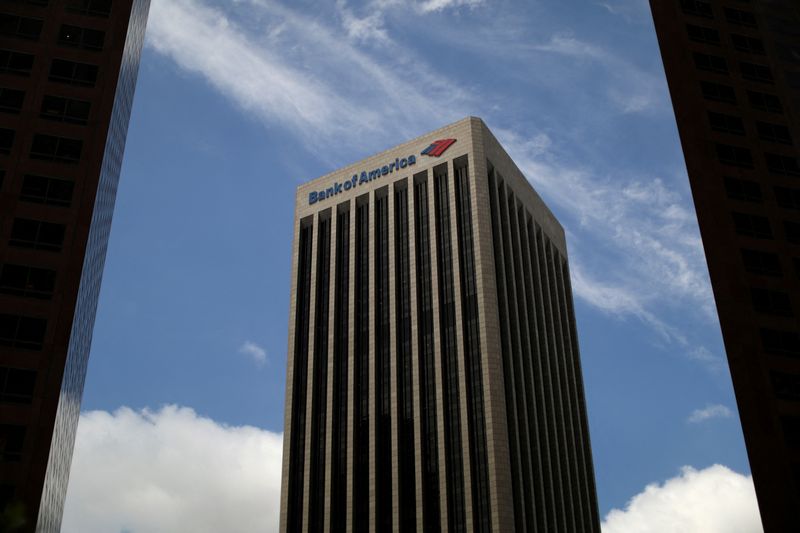 (Reuters) -Bond insurer Ambac Financial (NYSE:) Group Inc cannot prove its $2.7 billion case against Bank of America (NYSE:) over troubled mortgage-backed securities on evidence that BofA was a “bad actor” before the 2008 financial crisis, an attorney for the bank said on Wednesday in New York state court.

Ambac seeks to recoup more than $2 billion in insurance claims it paid to cover investor losses on securities backed by 375,000 home loans from Bank of America’s Countrywide unit. As the trial in the 12-year-old case opened on Wednesday, an attorney for the bond insurer argued that Countrywide’s own files show it systematically approved shoddy mortgages and pushed the risk onto investors and insurers.

But that type of evidence is not sufficient to show the bank violated insurance agreements it made with Ambac, said the bank’s attorney Enu Mainigi in her opening statement. Courts have ruled in other cases that insurers must prove such agreements were breached on a loan-by-loan basis, she said.

Mainigi also said it was Ambac that accepted more risk in order to cash in on pre-2008 optimism in the housing market, until the financial crisis undermined borrowers’ ability to repay their loans.

“Now Ambac is here asking this court to conclude that somehow all of this is Countrywide’s fault,” she said.

Between 2004 and 2006, Ambac insured securities backed by Countrywide loans worth $25 billion. The insurer claims 80% of the loans were the product of poor underwriting standards or had other deficiencies that violated insurance agreements, and that Bank of America failed to repurchase the loans as required.

Ambac attorney Michael Carlinsky said in his opening statement that the bond insurer was “decimated” by its exposure to Countrywide’s troubled mortgage-backed securities.

The insurer ultimately paid more than $2 billion in claims to cover investor losses after the mortgages failed, and is seeking $2.7 billion including interest.

At its peak, Ambac was the second-largest bond insurer in the world, having guaranteed the timely payment of interest and principal on more than $550 billion of debt.

The case is the largest of several lawsuits Ambac has pursued against issuers of residential mortgage-backed securities. The company filed for bankruptcy in 2010, after the housing market crashed, and emerged in 2013.

Bank of America spent years cleaning up the mess from the 2008 crisis. It repaid a $45 billion bailout by taxpayers and was slapped with more than $76 billion in fines in the decade after the housing crash.

iPhone 14 Pro: a first look at the new moving notch, camera, and more

S&P 500 Could Fall Below 3500 Soon, Bank of America Strategist Warns By Investing.com