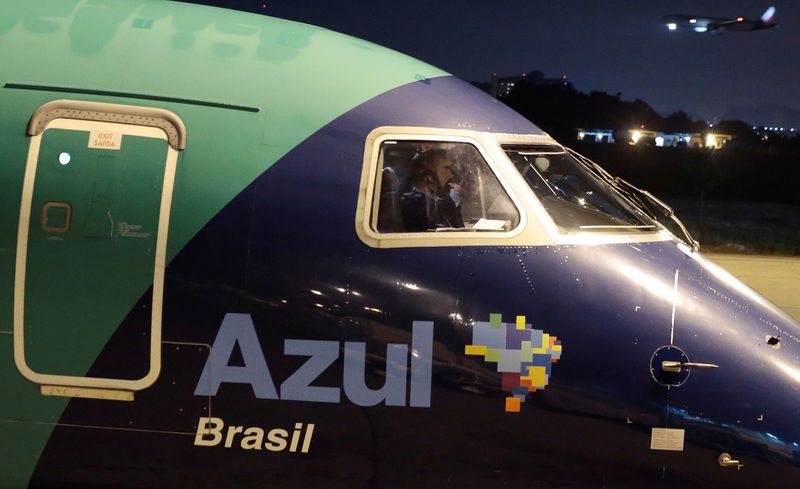 SAO PAULO (Reuters) – Brazilian airline Azul expects to expand its routes by 30% next year, with plans to add new slots at Sao Paulo’s Congonhas airport, one of the busiest in the country, Chief Executive Officer John Rodgerson said.

In an interview on Thursday at the company’s headquarters on the outskirts of Sao Paulo, Rodgerson said Azul currently has only 26 slots in Congonhas, whereas its rivals Gol and LATAM Airlines (OTC:) each have around 250.

“The new rules are fairer,” he said, referencing national aviation regulator ANAC’s decision in July to distribute 86 slots at Congonhas to increase competition, with 45 new slots and 41 previously used by bankrupt Avianca Brasil.

Bradesco BBI analysts estimated last month that nearly all the new slots – 84 of 86 – would go to Azul, allowing the company’s presence in the airport to grow fourfold.

Rodgerson expects to start selling tickets for flights from the new slots beginning in March.

He said the company is now mainly focused on its domestic operations and in 2023 expects to increase the number of Brazilian cities it serves to 200 from the current 154, targeting destinations in the North, Northeast and Central-West regions.

Azul, which has a 164-aircraft fleet and expects to receive a new Embraer plane every two months in the next few years, expects to hit the milestone of 1,000 flights per day this month, a 10% increase from late 2019, its CEO said.

Earlier this week, Azul announced a new management structure, with Chief Revenue Officer Abhi Shah being tapped to be the company’s new president. He will report to Rodgerson.

Rodgerson said the move was aimed at making the company’s management more similar to that of large U.S. airlines, with the CEO being freed to focus on strategy instead of handling some specific day-to-day duties.

As Republicans look to 2024, jockeying to take on Trump begins By Reuters