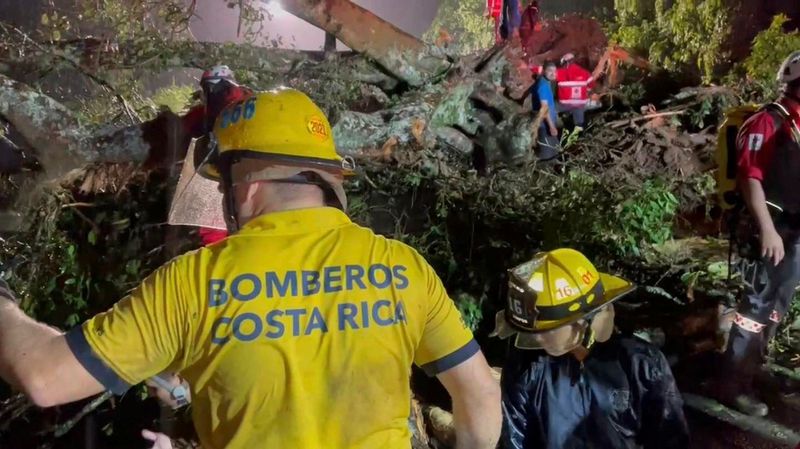 © Reuters. Firefighters work at the scene of a deadly bus accident, where a landslide reportedly hit the vehicle, throwing it off a cliff, in Cambronero, Alajuela Province, Costa Rica in this social media handout image released September 17, 2022. Benemerito Cuerpo

Heavy rains across the country caused a landslide on the Cambronero route, in the west of the country 70 km (45 miles) from the capital San Jose, en route to the Pacific coast.

Hundreds of families had to be evacuated due to the severe damage caused by the heavy rains, the statement added.

“This situation in which many families lose their belongings is really sad and worrying,” said Costa Rica President Rodrigo Chaves.

Lego to invest over $1 billion in first U.S. brick plant By Reuters