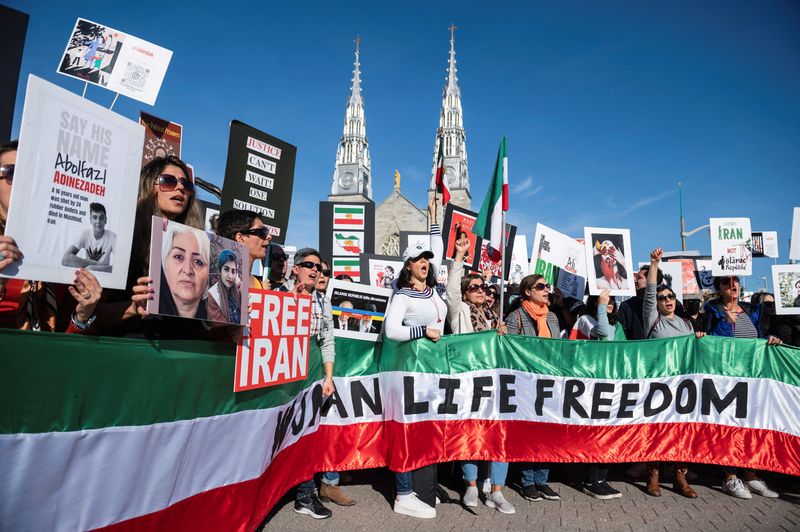 (Reuters) – Canada on Monday imposed fresh sanctions on Iran, marking the fourth package of sanctions it has implemented for alleged human rights violations in that country, the foreign ministry said in a statement.

The latest sanctions target four individuals and two entities, including senior officials and Iran’s Law Enforcement Forces, which Canada accused of participating in the suppression and arrest of unarmed protesters, according to the statement.

“The Iranian people, including women and youths, are risking their lives because they have endured for far too long a regime that has repressed and violated their humanity,” Canadian Foreign Minister Melanie Joly said in a statement.

“Canada will continue to support the Iranian people as they courageously demand a better future,” Joly said.

Canada has been carrying out a series of sanctions against Iran over alleged human rights abuses, including the death of Mahsa Amini, a 22-year-old Iranian Kurdish woman who died while in custody of Iran’s morality police.