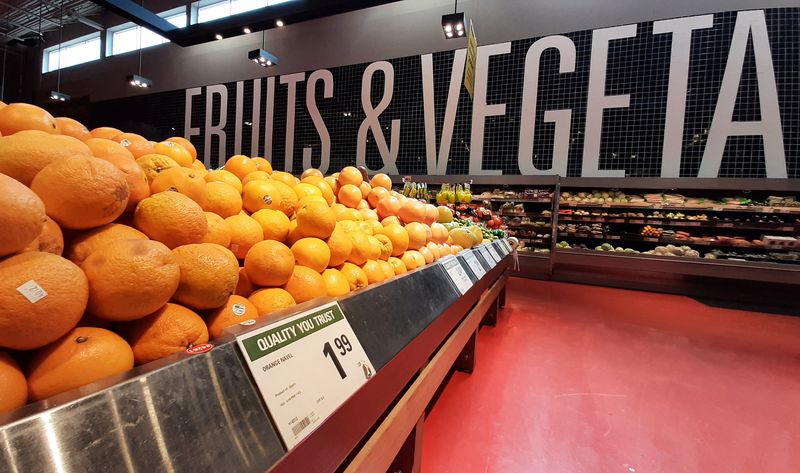 © Reuters. FILE PHOTO: The fruits and vegetables section is seen at a supermarket in Ottawa , Canada July 13, 2022. REUTERS/Patrick Doyle/File Photo

Gasoline prices rose more in October than in September, after the OPEC+ countries announced future oil production cuts and on a weaker Canadian dollar, Statistics Canada said. While food prices eased slightly off a four-decade high.

The Bank of Canada has lifted its benchmark rate by 350 basis points since March to 3.75%, one of its fastest tightening cycles ever. Money markets are betting on a 25-bp increase in December, with a roughly 35% chance of a larger hike.

The central bank’s core measures of inflation, CPI-median and CPI-trim, both edged up with the average of the two at 5.1% compared with 5.0% in September. CPI-common has become less reliable due to large revisions, the bank said last month.