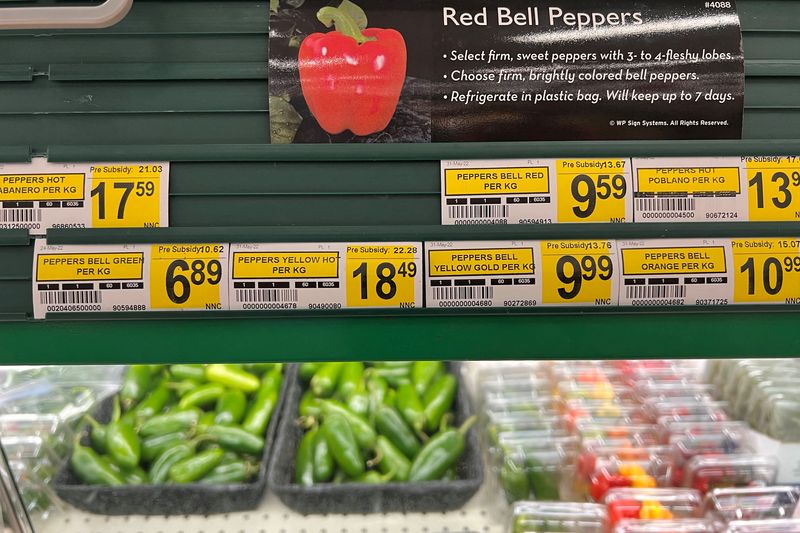 (Reuters) – Canada’s competition watchdog said on Monday it would examine factors impacting soaring food prices and whether more competition in the grocery stores sector could help lower costs for Canadians.

Price rises for store-bought food have been outpacing the broader annual inflation rate for 10 consecutive months, and grew 11.4% in September, the fastest pace in over four decades, according to Statistics Canada.

“With inflation on the rise, Canadian consumers have seen their purchasing power decline. This is especially true when buying groceries,” the Competition Bureau Canada said in a statement.

Canada’s opposition New Democrats Party (NDP), which has a deal to keep Prime Minister Justin Trudeau’s minority government in power until 2025, has been calling out grocery chain operators for high food prices.

The Competition Bureau said it would study whether competition factors were impacting the price of food on top of other factors including Russia’s invasion of Ukraine and supply chain disruptions, but it was not investigating specific allegations of wrongdoing.

Results from the study are expected to be released in June.

The watchdog said the grocery industry was complex and it might not have enough information to draw firm conclusions, but it expected to recommend measures that governments could take to help to improve competition.

Grocery chain operator Loblaw Cos Ltd, which reported a quarterly profit of C$387 million ($282.4 million) on C$12.85 billion revenue in July, said last week it was freezing prices of some 1,500 no-name products until end of January.