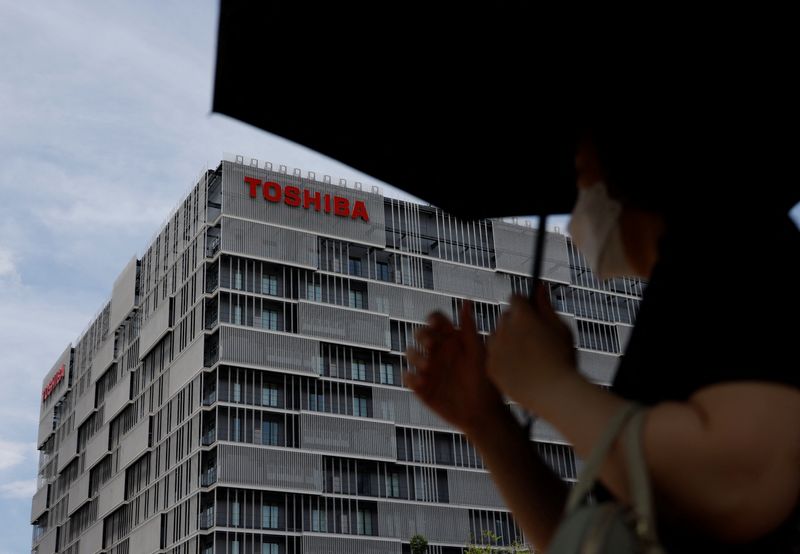 © Reuters. FILE PHOTO: The logo of Toshiba Corp. is displayed atop of the company’s facility building in Kawasaki, Japan June 24, 2022. REUTERS/Issei Kato

Toshiba is publicly seeking strategic proposals and restructuring plans, including going private after a buyout.

Among those bidders selected for a second bidding round, Japan Industrial Partners (JIP), the domestic equity firm, has contacted more than 10 companies including Chubu Electric and Orix to participate in the plan and make a bid as an alliance of Japanese companies, the Nikkei reported, without citing sources.

ECB to inflict pain as it hikes rates into next year, Lane says By Reuters

ECB set to raise rates by 0.5% in Feb and March, Knot says By Reuters