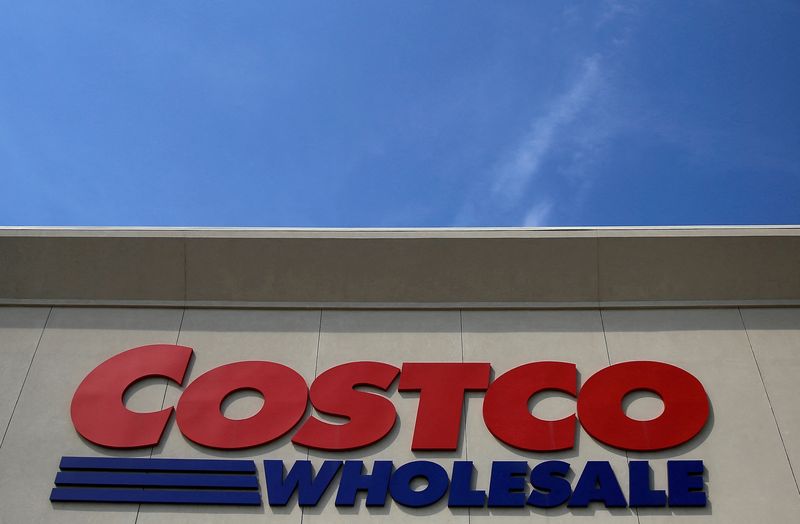 © Reuters. FILE PHOTO: A sign is seen outside a Costco Wholesale store in Glenview, Illinois, U.S. May 24, 2016. REUTERS/Jim Young/File Photo

(Reuters) – Costco Wholesale Corp (NASDAQ:) will set new targets by next year to cut its greenhouse gas emissions, according to an activist investment firm that said the retailer had been a laggard on climate matters.

Rivals including Walmart (NYSE:) Inc and CVS Corp already have targets to cut their own emissions and those from their supply chains and customer bases, or have plans to set such goals.

Costco’s new approach “shows that the company is starting to treat climate change with the gravity that the issue – and shareholders – demand,” said Leslie Samuelrich, president of Green Century Capital Management, which had pressed for the change and described the company’s new position in a statement.

“Costco is no longer a laggard among its peers,” she added.

A representatives for Costco, based in Washington State, declined to comment.

The world must cut global carbon emissions to net zero by 2050 to meet the goals of the 2015 Paris Agreement to limit the global average temperature rise to well below 2 Celsius above pre-industrial levels.

Green Century withdrew a similar resolution meant for Costco’s next shareholder meeting in exchange for the forthcoming targets, yet to be described in detail, a representative for the Boston-based firm said.

Costco in July had already set targets for reducing so-called Scope 1 emissions from direct sources like its warehouse refrigeration units, and for Scope 2 emissions from purchased energy.

Green Century said under the deal Costco will update those targets by next month and will set further targets in the coming year to bring down its Scope 3 emissions including those from goods it acquires and goods it sells to consumers.

How stablecoins are helping protect savings By Cointelegraph

BTC price struggles at $21K as trader says ‘top is in’ for Bitcoin, Ethereum By Cointelegraph