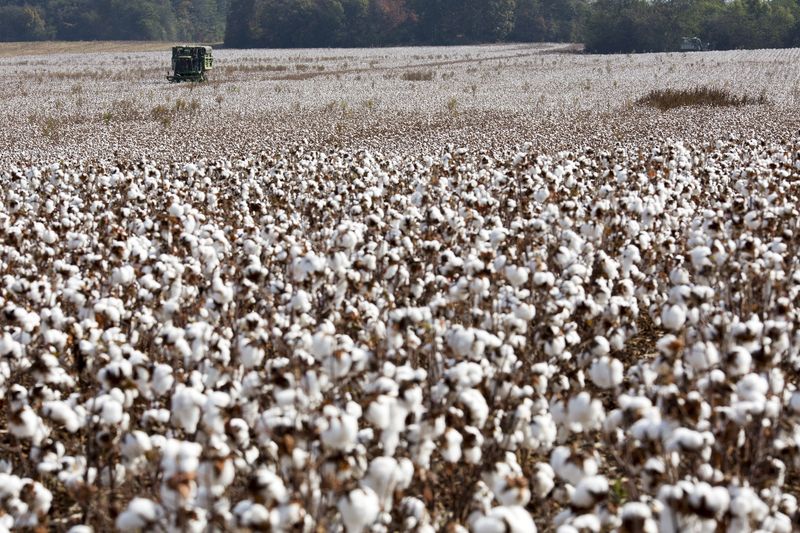 (Reuters) – ICE (NYSE:) cotton futures turned negative to slide as much as 4% on Wednesday, after the U.S. Department of Agriculture (USDA) in its monthly report showed bigger-than-expected U.S. production and lower global demand estimates.

“All in all, this report is trying to show the current reality of the market, both on the supply and the demand side, with the latter being the one that could come back at any point, unlike production,” said Valentin Olah, cotton risk management consultant at StoneX Group.

The USDA report saw U.S. ending stocks 200,000 bales higher at 3 million bales, which Olah said was surprising and “softens a bit the tightness of ending stocks, for now.”

“Production (in the U.S.) is 1.5% higher, at 14.0 million bales, as a decrease in the Southwest is more than offset by increases elsewhere,” the WASDE report said.

USDA also slashed its forecast for the world’s cotton output by 1.6 million bales, citing a diminished crop due to unusually heavy rainfall in Pakistan, Australia and West Africa.