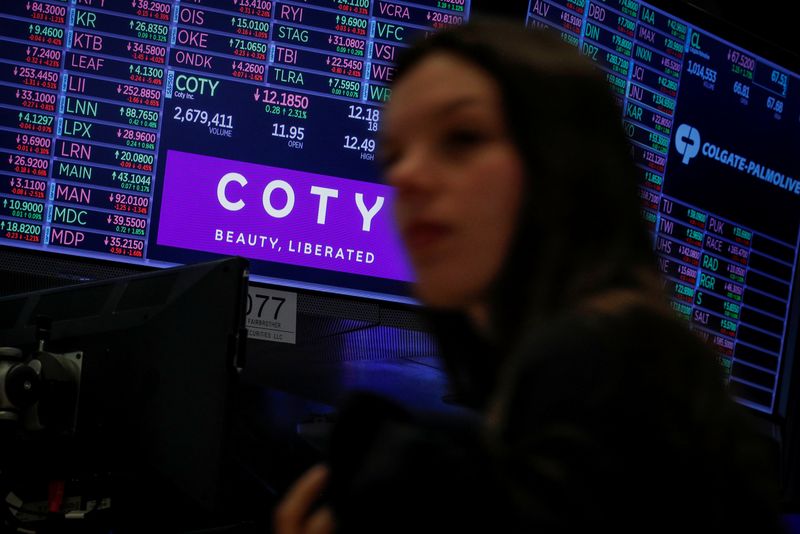 (Reuters) – Coty (NYSE:) Inc on Tuesday beat Wall Street estimates for quarterly revenue as higher prices and sturdy demand for its fragrances and cosmetics helped soften the hit from a strong U.S. dollar and the company’s exit from Russia.

Consumers heading out more after lockdowns are indulging in smaller luxuries such as makeup and perfumes even as they put off bigger purchases because of rising inflation and risks of a recession.

Coty’s prestige division, home to cosmetics and fragrances from the Calvin Klein and Gucci brands, saw revenue fall 1% due to macroeconomic headwinds. But Chief Executive Officer Sue Nabi told Reuters that the company does not “see any slowdown or trading down in the prestige division.”

In fact, consumers are trading up from lower-priced consumer beauty labels to its prestige division, she said.

The Hugo Boss perfume maker will also increase prices further, by mid-single digits around winter, as it combats higher freight and labor costs.

The beauty category is “more resilient than ever”, Nabi said, after Coty reiterated its annual profit forecast.

China’s zero-COVID policy impacted Estee Lauder (NYSE:) as well, prompting it to slash annual forecasts, but Coty’s smaller exposure to the Chinese market has helped the CoverGirl parent shield itself.

Its net revenue rose 1% to $1.39 billion in the first quarter ended Sept. 30, compared with analysts’ estimates of $1.37 billion, according to IBES data from Refinitiv.

The Amazon Photos app has been redesigned for Android users