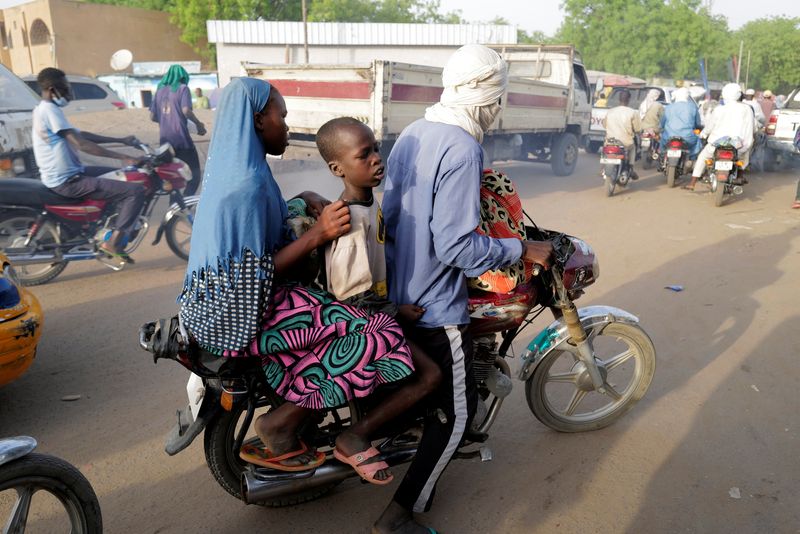 By Andrea Shalal and Jorgelina do Rosario

WASHINGTON (Reuters) -Chad’s creditors on Thursday said they had agreed that the African country did not need debt relief at the moment given a surge in oil prices, but committed to reconvene if a financing gap was identified.

In a statement released by the Paris Club of official creditors, Chad’s creditors said they were finalizing a memorandum of understanding on a deal, which marks the outcome under a debt treatment framework agreed by the Group of 20 major economies and the Paris Club in late 2020.

Together with Ethiopia and Zambia, Chad was one of three initial countries to seek a debt restructuring under a G20 initiative, but progress has been glacial.

The agreement also includes Switzerland-based mining and commodity firm Glencore (OTC:), a major creditor, which was seen as a “huge step,” said the source.

Although Chad is currently benefiting from high oil prices, economists and experts said both government and private-sector creditors must be ready to act in case debt servicing conditions become more difficult for the country.

That could happen in 2024, the source said, when Chad will face a high level of debt service payments.

Chad’s creditor committee, co-chaired by France and Saudi Arabia, met virtually on Sept. 13 and 27, together with staff from the International Monetary Fund and the World Bank.

No debt relief from official bilateral creditors was currently needed given the surge in oil prices since the approval of an IMF lending program on Dec. 10, the committee said. However it agreed to reconvene if needed.

“The creditor committee committed to reconvene and address the need for a debt treatment if a financing gap is identified,” it said, adding that Chadian authorities would be expected to seek comparable debt treatments from all private and other official bilateral creditors should one be needed.

It also urged Glencore, Chad’s largest private external creditor, “to reaffirm its commitment to provide a debt treatment during the IMF program should a financing gap be identified” and to address the remaining debt vulnerabilities that result from its acceleration repayment mechanism.

Chad’s finance and budget minister Tahir Hamid Nguilin said he regretted the decision not to provide debt relief now, given Chad’s many current challenges including a food crisis, floods and a political transition.

“It’s a pity that our country’s main creditors have cited the price of a barrel of oil as the reason for not allowing us to benefit from the external debt relief that we have so awaited to give a little breath to our economy,” Nguilin told Reuters by phone.

The source said discussions were continuing with Zambia, whose finance minister also participated in the G7 meeting with African finance ministers, an event coordinated by current G7 president Germany.