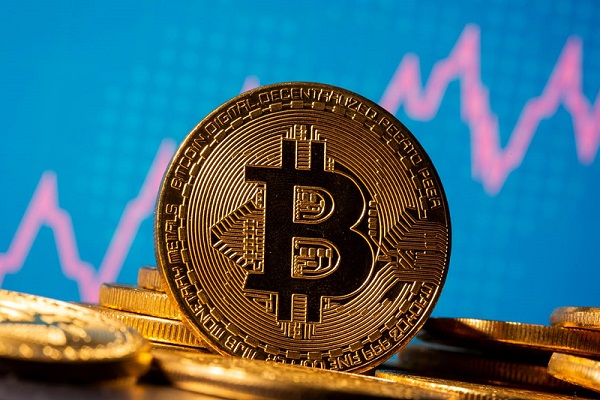 Read in the Digest:

BlockFi Files for Bankruptcy, Sues Bankman-Fried for his Robinhood Shares

Two weeks after halting withdrawals due to the FTX contagion, crypto lending firm BlockFi has filed for bankruptcy in the United States. Earlier this month, FTX’s sister firm Alameda defaulted on the $680 million it owed BlockFi.

BlockFi blamed its Chapter 11 filing on the downturn in the crypto market this summer, and this month’s collapse of FTX. The firm is now looking to court protection to restructure, settle its debts and recover investors’ money.

The lawsuit is an attempt from BlockFi to recover SBF’s 7.6% shares in Robinhood the FTX founder allegedly pledged as collateral three weeks ago as he tried to raise money before FTX’s demise.

BlockFi is requesting that Emergent surrenders all the collateral to it immediately. Alternatively, they request it to liquidate its HOOD shares and transfer the proceeds to the crypto lender.

Bitfront Fails to Weather the Crypto Winter, Shuts Down Operation

Bitfront, a U.S.-based crypto exchange backed by the social media giant LINE, has announced a shutdown of operations after failing to overcome turmoil in the crypto industry.

Although Bitfront said it failed to overcome the crypto turmoil, its announcement clarified that the move is unrelated to recent issues among certain crypto exchanges that have been accused of “misconduct.”

As per the official announcement, Bitfront will halt new sign-ups and credit card deposits immediately. However, customers will have until March 31, 2023 to withdraw their funds from the exchange.

According to Bitfront, all existing deposits will receive interest from December 5th to December 11th, 202. By December 30th, the exchange plans to suspend crypto and USD deposits and trades and will cancel open orders.

Although the move may not be related to FTX, the exchange bowed to the crypto turmoil worsened by the exchange’s implosion.

Scalability-focused Fantom (FTM) is today’s biggest gainer, rallying by 11% and more than 20% in the last two days after a positive cash flow report was released about the project.

On Monday, November 28th, Andre Cronje, a prolific coder and “Vice President of Memes” for the Fantom Foundation, published a Medium thread detailing the financial history of Fantom.

As per the report, Fantom spends $7 million a year on salaries while generating $10 million per annum. Given the solid position of Fantom and the current salary burn, they have a 30-year runway without touching their FTM stake.

The report highlights the strong performance and business model of Fantom and could help increase interest in the network.

Ethereum’s Layer-2 (L2) ecosystem is recording a surge in network activity despite the bear market, with the monthly gas spent on L2 transactions rising to a new all-time high.

In November, over 103 billion in gas has been spent on L2 transactions, more than 200% of the 33.2 billion spent at the start of the year. In the whole of October 76.6B was spent on transactions.

It is also the first time for more than 100 billion gas to be spent in a single month. Arbitrum leads the Ethereum L2 sector after its Nitro upgrade and integration of the OpenSea marketplace.

Between mid-October and November, Arbitrum experienced a 134% increase in fees, totalling about $1 million. Arbitrum now averages 61,000 daily active users, a 56.6% increase over the last 30 days.

The surge in the amount spent on Layer-2 gas transactions highlights the increasing adoption of Ethereum Layer-2 protocols.

Fidelity Investments, one of the world’s largest financial services providers, has officially opened retail cryptocurrency trading accounts. This comes amidst the persisting crisis in the crypto market.

Fidelity has officially started opening retail bitcoin (BTC) and ether (ETH) trading accounts, a month after the leading financial firm announced its move into the crypto market and launched an early access list.

Users on the early access list received an email with the opening remark “The wait is over.” Fidelity promises commission-free trading of BTC and ETH, and users can also freely trade amounts from as low as $1.

However, users will need a Fidelity brokerage account to access and fund their new crypto account. Fidelity continues its pro-crypto stance, since it began to mine Bitcoin in 2014.

Fidelity’s launch could help to boost the confidence in the crypto market that has been riddled by the collapse of FTX.

How Bose competes with AirPods, with CEO Lila Snyder

Germany needs to dial in energy-relief steps in inflation battle