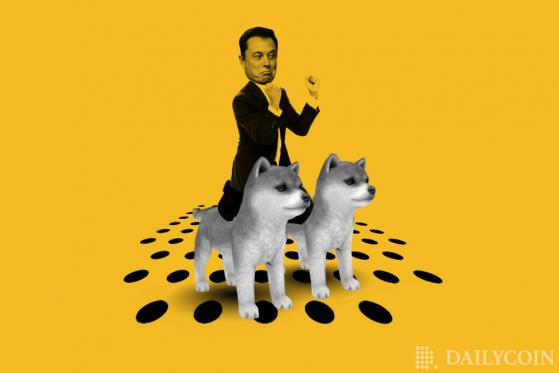 Read in the Digest:

Elon Musk, along with his companies SpaceX and Tesla Inc, has been hit with a $258 billion lawsuit by a dogecoin investor who has accused Musk of promoting (DOGE), which he names a pyramid scheme.

In a complaint filed with the federal court of Lower Manhattan, plaintiff Keith Johnson alleges that Musk was involved in driving the price of Dogecoin up, only to let it tumble. He adds that Musk was aware DOGE offered no value, yet promoted it in order to profit from its trading.

The plaintiff describes himself as “an American citizen who was defrauded out of money by defendants’ Dogecoin Crypto Pyramid Scheme.”

Johnson is seeking $86 billion in damages, plus triple damages of $172 billion, an order that would block Musk and his companies from promoting Dogecoin, and a declaration that the trade of Dogecoin constitutes gambling under the applicable law.

Although Elon Musk is yet to comment on this lawsuit, the self-acclaimed Dogefather has a notable history of promoting Dogecoin via his social media.

Eighteen months after launching in Thailand, Huobi has announced it will permanently shut down its operations in Thailand on July 1st, 2022 after its license was revoked by the Thai SEC in May.

Having Failed to comply with the Thailand’s local regulations, Huobi will now be forced to shut down its Thai affiliate. Eight licensed crypto exchanges now operate out of the country, with Bitkub at the forefront of the crypto movement in Thailand.

Seventeen months after shutting down its South Korean affiliate, the world’s largest crypto exchange is rumored to be preparing a re-entrance. Binance initially cited low usage and transaction volumes as the main reasons for exiting the South Korean market.

For crypto to scale to the next level of adoption, experts have outlined the need for increased compliance with regulations.

Early this week, crypto lender Celsius Network announced it had suspended withdrawals across all platforms. As a direct result, the securities regulators of at least five U.S. states have opened investigations into the move.

Officials met on Monday, June 13th. According to reports, state securities regulators in Alabama, Kentucky, New Jersey, Texas, and Washington consider the probe to be a “priority.”

BlockFi, a major competitor to the Celsius Network, has revealed its involvement as one of the lenders behind the $400 million liquidations Three Arrows Capital (3AC) suffered on Tuesday, June 14th.

The crypto lender confirmed that it had liquidated a “large client”, though they did not dislose any specific names. However, elaborating on the event, CEO Zac Price tweeted that the client “failed to meet its obligations on an overcollateralized margin loan”.

Until cryptocurrencies exit the enduring winter, investors and firms with large stakes in crypto will continue to experience financial difficulties.

Circle, the issuer of the (USDC), the second-largest stablecoin on the market, has announced the launch of the Euro Coin (EUROC), a new stablecoin backed by the Euro.

EUROC is Circle’s second major fiat-pegged crypto asset, and is fully backed by euro-denominated reserves in the U.S. Circle revealed that the reserves for EUROC are held by leading financial institutions, including Silvergate bank.

According to Circle, the EUROC will have “the same security, liquidity, and transparency” as USDC. The new stablecoin will create new opportunities for payments, on-chain FX, trade finance, commerce, and broader digital asset markets use-cases.

EUROC was launched on the blockchain as an ERC-20 token. Circle CEO Jeremy Allaire announced the date of the EUROC token’s release on the Ethereum network himself, revealing that it will be “available to mint and redeem on June 30.”

The launch of the Euro-backed stablecoin marks a shift towards greater utility and adoption for cryptocurrencies.

The situation brought on by the crisis at Celsius Network, Three Arrows Capital, and other large players could be set to deteriorate further, as Lido’s stETH pool dries up. The emptying of the largest pools of stETH could go as far as to spark another liquidity crisis in the crypto market.

On-chain data shows that investors have been redeeming their staked stETH pool for ETH, leaving the pool almost empty. The pool held $4.6 billion in early May, but that amount has significantly dimished, and now stands at $430 million at the time of writing.

Not only has the stETH pool dried up, but intense selling pressure also caused the token to suffer a de-peg similar to Terra’s UST stablecoin. While Ethereum trades at $1,101 at press time, Lido’s stETH is trading at $1,033, having dropped to an interday low of $984.

With the stETH pool drying up at an immense rate, especially with its recent de-pegging, investors looking to get out could face complications. Celsius in particular could struggle, as it could have its fund trapped in stETH when the pool eventually runs out, compounding its financial woes.

The current fragile state of the crypto market could see the stETH de-peg trigger another ETH and crypto meltdown.

Back bailout or risk losing it all, Uniper boss tells shareholders By Reuters