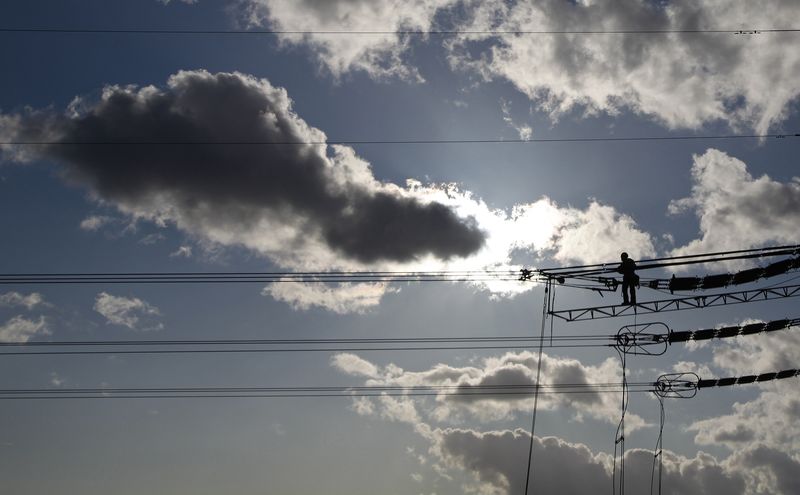 PRAGUE (Reuters) -The Czech government approved plans for caps on the revenues of power firms on Wednesday, as part of plans to fund measures to ease the burden of soaring prices on households and companies.

This will combine with a windfall tax being imposed on profits made energy firms and the country’s largest banks to raise at least 100 billion crowns ($4.12 billion) next year.

Proceeds will fund compensation for power customers hit by soaring prices since Russia’s invasion of Ukraine.

The cap will raise revenue in the “high tens of billions” of crowns next year, which is above earlier estimates, the Czech finance minister said earlier on Wednesday.

The government has rejected criticism its schemes amount to double taxation and go beyond measures agreed at European level.

Czech parliamentary approval will be needed for the caps, which if they go ahead will range from 70 euros per megawatt/hour of electricity made at nuclear power plants to 240 euros for power production fuelled by gas from biomass. The state would then take 90% of revenue earned by firms above that cap.

The cap will also apply to production based on forward contracts sold in the past, addressing the fact that producers like the country’s biggest utility CEZ have already pre-sold most of their output for 2023.

The Czech price cap is based on the European Union’s agreement to cap power producers’ revenue at 180 euros per megawatt/hour, which allows member state to alter that figure for individual plants depending on the type of fuel they use.

The ceiling for wind, solar and hydro sources will be at 180 euros. For lignite-fired plants with output up to 140 megawatts it will be 230 euros, and 170 euros for large plants.

While the revenue cap will collect more than an originally budgeted 15 billion crowns, Finance Minister Zbynek Stanjura told reporters it would, on the other hand, bite into firms’ profits and thus reduce the government’s take from a windfall tax, already approved by the lower house of parliament.

Overall, he said, collection may exceed the budgeted 100 billion crowns.

Majority state-owned CEZ is expected to be most affected by the caps and windfall tax.

Shares in CEZ have lost a third of their value since June, when the first signs of a windfall tax and other measures appeared. They traded up 0.8% on Wednesday afternoon at 814.50 crowns.