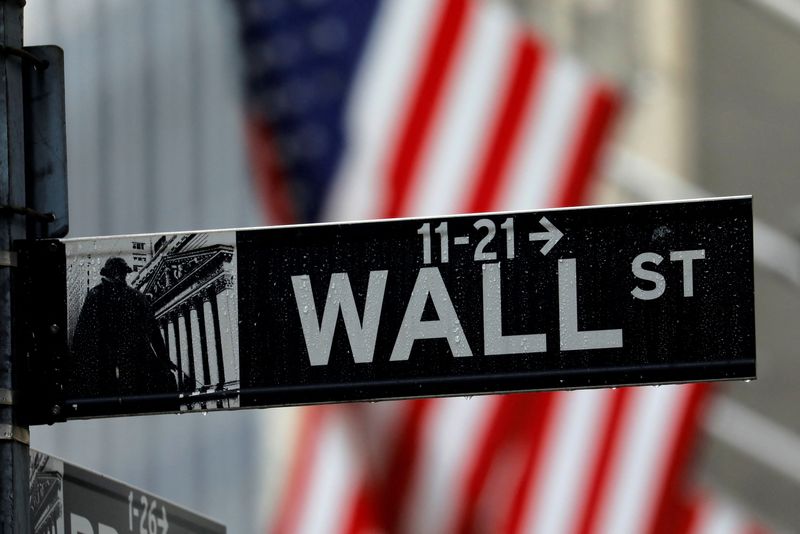 NEW YORK (Reuters) – Fresh volatility in U.S. stocks is pushing some investors to hunker down in areas of the market that have been relatively strong during a brutal year for equities, including energy shares, defensive names and dividend-payers.

The is down 9% since mid-August, partially reversing a summer rebound after Federal Reserve Chairman Jerome Powell warned the central bank’s single-minded fight against inflation could lead to economic pain.

While few sectors of the market have been spared during the index’s nearly 18% selloff this year, some have fared comparatively better, a dynamic investors hope will blunt further losses in their portfolios if asset prices remain volatile.

Sectors such as consumer staples, healthcare and utilities have fallen less steeply than the broader S&P 500 throughout the year. Investors tend to gravitate toward companies in these areas during uncertain times, expecting consumers to continue spending on medicine, food and other necessities despite economic turmoil.

The energy sector remains one of the biggest winners of 2022 with a 44% gain year-to-date, despite a recent pullback.

At the same time, the S&P 500 dividend aristocrats index, which tracks companies that have increased dividends annually for the past 25 years, has fallen about 10% this year, a less severe drop than the overall market’s decline.

“Those type of ‘steady-Eddie’ names could tread water in a downward sloping market,” said Chad Morganlander, portfolio manager at Washington Crossing Advisors, who manages a strategy involving companies he expects to increase dividends in the months to come, including Johnson & Johnson (NYSE:) and Clorox (NYSE:) Co.

The S&P 500 ended the week with a loss of 3.3%. The index fell 1.1% on Friday after early gains from a U.S. jobs report that showed a labor market that may be starting to loosen gave way to worries about the European gas crisis.

The rally that has powered stocks through most of the summer has taken a big hit, with the S&P 500 now up about 7% from its mid-June trough. Should the index again make fresh lows this year, it would be the fourth time stocks gained at least 6% before retreating and marking a new bottom for 2022.

A swift rebound in bond yields has further complicated the outlook for equities, putting technology and other growth stocks that are more sensitive to rising yields under particular pressure.

“The pullback in equities … and the rise in yields are in line with our view that investors had underestimated the willingness of central banks to tighten policy at current rates of inflation,” UBS Global Wealth Management wrote this week.

The firm recommends tilting portfolios toward defensives, including pharmaceutical shares, and so-called quality companies whose attributes include higher-than-average dividend yields and low debt-to-equity.

Worries that the Fed will struggle to tamp down inflation – which surged at its highest pace in more than four decades this year – have been another catalyst for investors to diversify. A rise of about 20% in has helped make energy shares a particular favorite this year, while also putting upward pressure on consumer prices.

“I am not convinced equity investors have the full appreciation for the impact of inflation on their portfolios,” said John Lynch, chief investment officer at Comerica (NYSE:) Wealth Management, citing the fallout for the economy from higher rates and the erosion of profit margins from higher costs.

He has in recent weeks bought more shares of energy companies, betting that supply constraints will continue buoying oil prices. Lynch has also picked up shares in the healthcare sector, which he believes is more reasonably priced than other defensive areas of the market.

Of course, areas that have outperformed this year come with their own risks. Energy prices have been volatile and could slide should a recession crimp global demand, pressuring energy stocks.

Some defensive areas, in particular the utilities and staples sectors, are trading at significantly higher price-to-earnings valuations than their historic averages. Investors could also abandon defensive plays if the economy avoids a downturn.

“Some of those areas are pretty expensive,” Carlson said. “You’re paying up for that defense.”