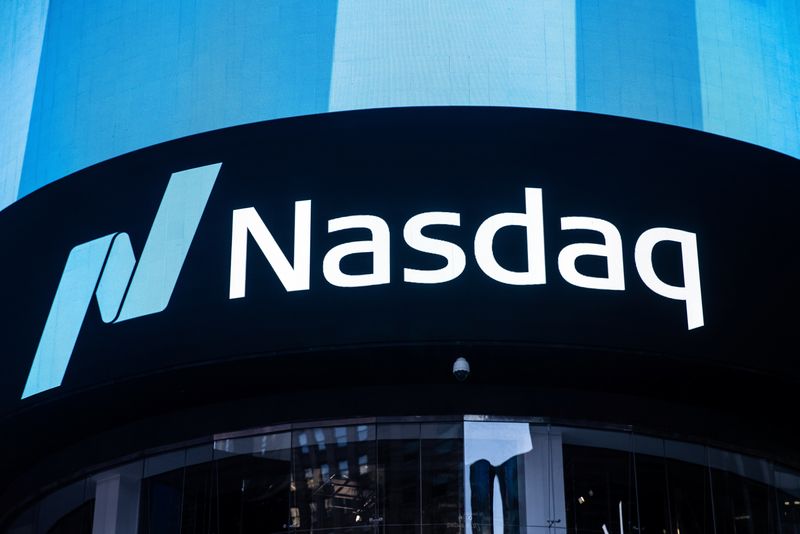 NEW YORK (Reuters) – U.S. stocks snapped a two-day streak of gains on Wednesday as weakness in shares of Abbott Laboratories (NYSE:) and a rise in Treasury yields sapped momentum from the current earnings season and outweighed a surge in Netflix Inc (NASDAQ:) shares.

The yield on the 10-year U.S. Treasury note touched its highest level in more than 14 years as soft housing data did little to alter expectations the Federal Reserve will remain aggressive in hiking interest rates as it attempts to wrestle down stubbornly high inflation.

The rise in yields weighed on rate-sensitive names like real estate stocks and megacap growth names such as Microsoft Corp (NASDAQ:) and Amazon.com Inc (NASDAQ:). Energy was the sole major S&P sector to end the session in positive territory.

Netflix shares, however, jumped after it attracted 2.4 million new subscribers worldwide in the third quarter, more than double the consensus forecast, and guided for 4.5 million additions by year-end.

“The bonds are just weighing so heavily on it … it’s a shame to see good earnings be wasted,” said JJ Kinahan, CEO of IG North America in Chicago.

“Ultimately earnings drives stocks but when they are being overshadowed it is tough to have that optimism, but ultimately good earnings will lead to stocks going higher, it is a matter of how much the macroeconomic picture is going to continue to hurt those earnings.”

Fed officials have largely been in sync in their public comments about the need to be aggressive in raising rates to tackle inflation. On Wednesday, Federal Reserve Bank of Minneapolis President Neel Kashkari said job market demand remains strong and underlying inflation pressures probably have not peaked yet.

The Fed’s “Beige Book” survey of economic activity showed firms noted price pressures remained elevated, although there was some easing in several districts, while the labor market showed some signs of cooling.

The U.S. central bank is widely expected to raise rates by 75 basis points for the fourth straight time at its November meeting.

The Fed’s effect on the housing market continues to grow. Housing starts, a measure of new residential construction, dropped 8.1% in September in the latest sign of the economy losing steam.

Third-quarter profit growth expectations for companies have edged up to 3% from 2.8% on Tuesday, according to Refinitiv data, still well below the 11.1% increase forecast at the start of July.

Tesla (NASDAQ:) Inc advanced ahead of its earnings due after the bell, with focus on any weakness in demand that is starting to weigh on the auto industry.