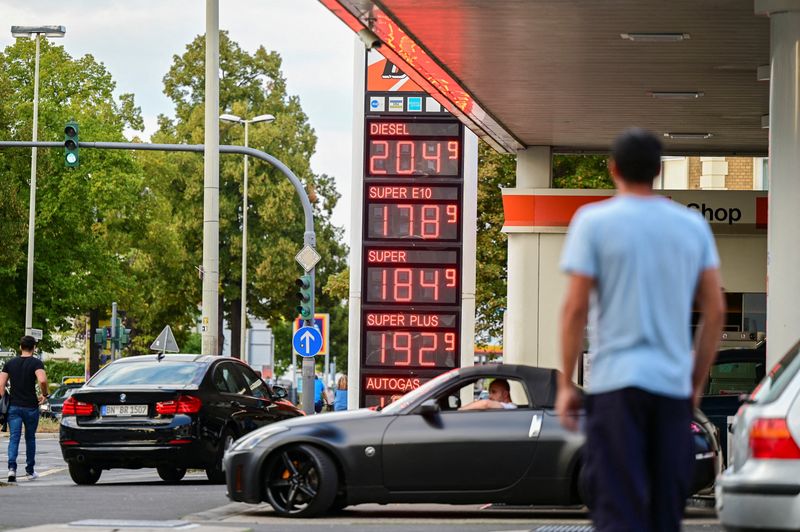 The European Commission published the proposals on Wednesday as the 27-member European Union grapples with an energy crisis fuelled by Russia’s invasion of Ukraine.

Governments across Europe have already ploughed hundreds of billions of euros into tax cuts, handouts and subsidies to tackle a crisis that is driving up inflation, forcing industries to shut production and hiking bills ahead of winter.

“In these times, profits must be shared and channelled to those who need it most,” European Commission President Ursula von der Leyen told the EU Parliament in Strasbourg, adding that the plans should raise more than 140 billion euros for member states to rechannel into helping businesses and retail consumers.

EU countries will have to negotiate the Commission’s proposals and agree on final laws.

The plan did not include an earlier idea to cap Russian gas prices. EU countries are divided over whether broader gas price caps would help or harm efforts to secure winter supplies.

With gas price caps off the table, at least for now, some diplomats were optimistic that deals could be struck at a meeting of EU energy ministers on Sept. 30.

Von der Leyen said the Commission was “discussing” price caps and had launched talks with Norway on lowering gas prices.

The Commission proposals would skim off excess revenues from wind, solar, nuclear and lignite coal plants, by imposing a cap of 180 euros ($180) per megawatt hour (MWh) until March on the revenue they receive for generating electricity.

That would cap generators’ revenues at less than half of current market prices. EU power prices are typically set by gas, so the measure would apply to generators that sell their power at those soaring prices but do not need to buy expensive fuel.

Germany’s front-year electricity price was trading at just below 500 euros/MWh on Wednesday.

The EU said the measure was designed to ensure generators would still be profitable and had spare cash to invest in the vast build-out of wind and solar needed to meet climate goals.

“The profits they are now collecting go way, way, way beyond anything they have dreamed of before when making their investment plans,” EU climate chief Frans Timmermans said.

“The business case for investing in renewables is huge,” he added, citing high fossil fuel prices as one factor for this.

Fossil fuel firms would face a separate windfall levy under the EU plans, to claw back profit from soaring prices stoked by Russia slashing gas deliveries since its invasion of Ukraine.

Oil, gas, coal and refining firms would be required to contribute 33% of their taxable surplus profit from fiscal year 2022, the EU proposals said.

Brussels is looking into amending collateral requirements in energy markets to help companies facing a liquidity squeeze, she said.

The EU also proposed a mandatory target for countries to cut electricity by 5% use during peak hours, in a bid to save fuel.

Separately, the EU is planning a deeper overhaul of its electricity market to decouple power prices from the soaring cost of gas.

We’re All Over This Cupcake Rubric

U.S., Canadian warships sail through Taiwan Strait for 2nd time in a year By Reuters