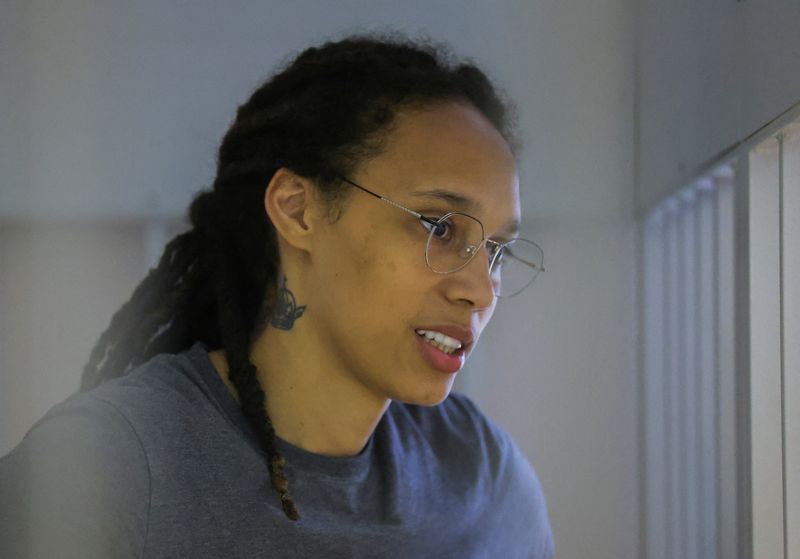 © Reuters. FILE PHOTO: U.S. basketball player Brittney Griner, who was detained at Moscow’s Sheremetyevo airport and later charged with illegal possession of cannabis, stands inside a defendants’ cage during the reading of the court’s verdict in Khimki outside Mosco

(Reuters) – U.S. basketball star Brittney Griner has been taken to a penal colony in the Russian region of Mordovia, a source familiar with the case told Reuters on Thursday.

In August, Griner was sentenced to nine years in a penal colony on drugs charges following her arrest at a Moscow airport in February with vape cartridges containing cannabis oil in her luggage.

She was moved from a detention centre near Moscow on Nov. 4 to be taken to an undisclosed prison location. Russian authorities have given no information on her whereabouts for nearly two weeks.

The source said she had been taken to Female Penal Colony IK-2 in Yavas, about 500 km (300 miles) southeast of Moscow.

Motional and Lyft will launch a robotaxi service in Los Angeles

Last-minute Christmas shopping may be back in vogue this year, says Best Buy By Reuters