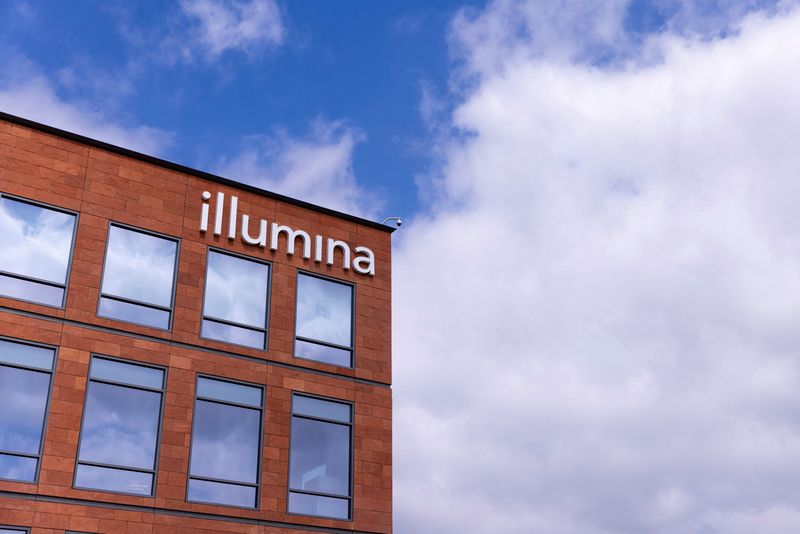 © Reuters. FILE PHOTO: A building on the campus at the world headquarters of Illumina is shown in San Diego, California, U.S., September 1, 2021. REUTERS/Mike Blake

BRUSSELS (Reuters) -U.S. life sciences company Illumina (NASDAQ:) is in talks with European Union antitrust regulators to divest Grail ahead of an expected EU veto next week of its $7.1 billion acquisition of the biotechnology company, people familiar with the matter said.

The European Commission is set to block the deal because remedies offered by Illumina do not fully address the EU competition enforcer’s concerns, other sources told Reuters last month.

Illumina completed its takeover of Grail in August last year without waiting for the EU green light, and was subsequently ordered by the EU watchdog to keep Grail separate and install independent managers to run the company until a regulatory decision on the deal.

The Commission, which is scheduled to decide on the takeover by Sept. 12, declined to comment. Illumina had no immediate comment.

Illumina has offered royalty-free global licences for some patents to rivals and a three-year patent truce with Chinese rival BGI in Europe in a bid to address EU antitrust worries, according to other people familiar with the matter.

Illumina won the backing of a U.S. administrative judge last week who rejected a lawsuit by the Federal Trade Commission (FTC) against the deal. The FTC will appeal the ruling.

The court judgment does not have any impact on the EU decision, the people said.