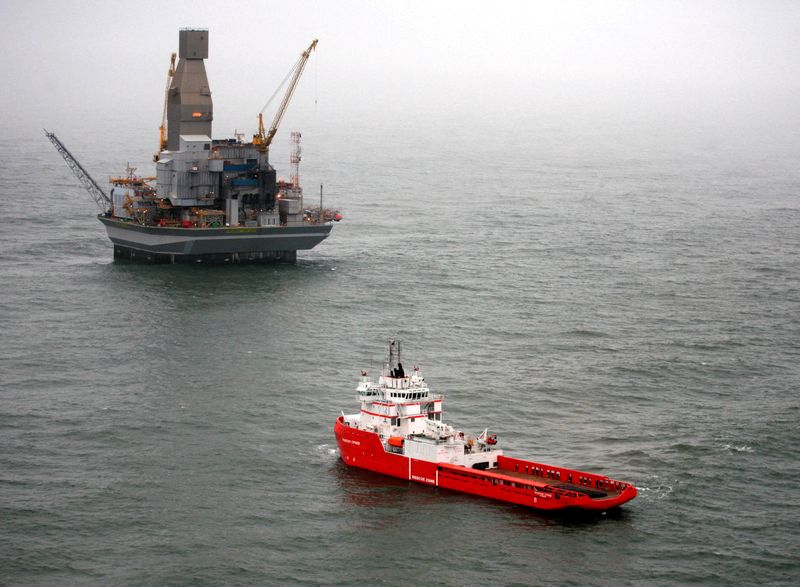 MOSCOW (Reuters) – Russia’s finance ministry has significantly cut expectations of taxable oil production for 2023, according to the draft budget for the next three years, in the expectation Western sanctions will mean an overall decline in output and refining volumes.

Selling oil and gas has been one of the main sources for Russian foreign currency earnings since Soviet geologists found reserves in the swamps of Siberia in the decades after World War Two.

The fall could be even deeper, according to a Reuters analysis based on the published budget expectations for excise duty and revenue from oil refining and exports.

Oil exports, eligible for exports duty, are expected at 178.2 million tonnes, down 19.4% from the earlier made projections.

In comments to Reuters, the finance ministry said it drew its assumptions on the economy ministry’s projections of exports and other parameters.

“The economy ministry’s forecast is based on overall oil exports increase, including an increase of exports eligible for tax relief, which is related to an expected rise of production at fields, which have exports duty relief,” it said.

An addendum to the draft budget, which parliament needs to approve, said that the refusal of a number of countries to cooperate with Russia in the oil sector, as well as a discount on sales of Russia’s main exports, led to a revision of the forecast trajectory of oil production in Russia.

So far, Russian oil production, the third-largest after the United States and Saudi Arabia, has been resilient to sanctions, buoyed by rising sales to China and India..

Canada may need a recession to cool down inflation By Reuters