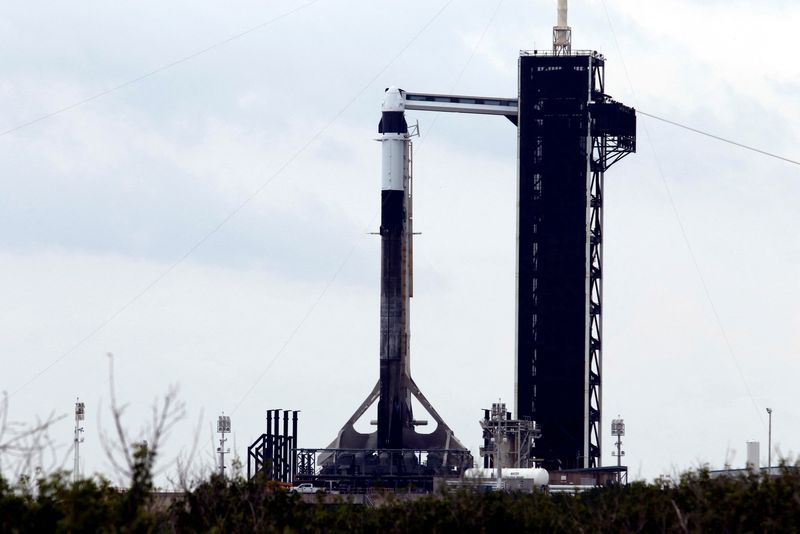 PARIS (Reuters) – Saudi Arabia is planning to launch two astronauts to the International Space Station aboard a space capsule from Elon Musk’s SpaceX, becoming the latest Gulf nation to strengthen ties with private U.S. space companies, according to three people familiar with the arrangement.

The sources, speaking anonymously to discuss the mission’s crew before its formal announcement, said the deal was signed privately earlier this year with Houston’s Axiom Space, which arranges and manages private missions to space on U.S. spacecraft for researchers and tourists.

Under the deal, two Saudi astronauts will ride SpaceX’s Crew Dragon capsule to the space station for a roughly weeklong stay early next year, the sources said. The Saudis would be the first from their country to go into space aboard a private spacecraft.

Axiom had no immediate comment. Officials with the Saudi Space Commission, Riyadh’s space agency founded in 2018, were not immediately available to comment.

Private U.S. companies have increasingly played a key role in sending astronauts to the space station as the National Aeronautics and Space Administration, the U.S. space agency now focusing heavily on returning humans to the moon, looks to commercialize the United States’ decades-old human spaceflight presence in low-Earth orbit.

The deal would mark the latest that puts companies like Axiom in a unique role of diplomacy long dominated by government agencies like NASA. The space station is a football field-sized laboratory some 250 miles (400 km) above Earth that has housed international crews of astronauts for over 20 years.

The private astronauts aboard Ax-2 have yet to be approved by a NASA-chaired panel of the space station’s participating stakeholders and countries, such as Russia, Canada, Japan and the European Space Agency, a U.S. official said. The official added that the mission is likely to receive approval.

For Axiom and other space companies, cutting deals with foreign governments is seen as vital to sustaining a business centered on putting people in space. Putting people into space is a luxury for wealthy adventure seekers and a source of national prestige and inspiration for aspiring space powers like Saudi Arabia.

And Axiom on Monday announced a deal with Turkey to launch the country’s first two astronauts into space in late 2023. That will likely be for mission Ax-3, according to a person familiar with the flight.

Axiom’s astronaut flight business is crucial experience for the company’s broader goals of deploying its own private space station by mid-decade. It plans to first attach modules to the ISS before splitting off into a fully private structure once the existing international laboratory is retired around 2030.

The value of Axiom’s Saudi agreement was not clear. Each Crew Dragon seat on Axiom’s first mission sold for $55 million each.

20 NASCAR Teaching Ideas To Rev Up Your Classroom

What is a cryptocurrency mining pool? By...