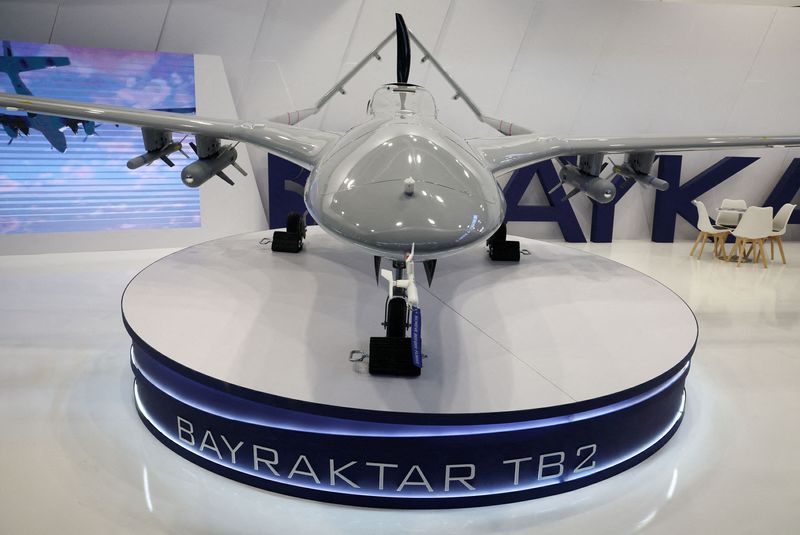 International demand for Baykar’s drones soared after their impact on conflicts in Syria, Ukraine and Libya, where their laser-guided armour-piercing bombs helped repel an offensive by UAE-supported forces two years ago.

That civil war in Libya was one of several theatres where the two countries played out a bitter, decade-long battle for influence in the Middle East, until a reconciliation last year.

Now the United Arab Emirates and its ally Saudi Arabia are hoping to leverage their rapprochement with Turkey to counter a growing security challenge from Iran and its proxy forces, military sources say.

Both Gulf Arab oil states have faced drone attacks on cities and oil facilities that they blamed on Iran-aligned Houthi fighters in Yemen.

A source with knowledge of the talks said Abu Dhabi and Riyadh were negotiating to acquire Bayraktar TB2 drones from Ankara. “They decided during the negotiations with the UAE to quickly deliver 20 armed drones,” the source said, adding they were transferred earlier this month.

A senior Turkish official confirmed Turkey has delivered some drones to the United Arab Emirates and that the UAE was seeking more. Saudi Arabia also wanted to buy armed drones and to set up a factory to manufacture them, the official said.

The official said Baykar was considering the Saudi request for a manufacturing plant but said that was a strategic decision for President Tayyip Erdogan and that other issues, such as Saudi investments in Turkey, “are not moving as fast as possible”.

Baykar, the UAE foreign ministry and Saudi Arabia’s government communications office did not respond to a request for comment. Turkey’s Defence Ministry referred questions to the state’s defence industries group, which declined to comment.

For Erdogan, who faces a difficult election next year with inflation rampant and the Turkish lira tumbling, the prospect of Gulf investment flows and foreign currency support has been a prime objective of the political reconciliation, analysts say.

The company’s only other production facilities outside Turkey are being built in Ukraine, where Bayraktar TB2s helped undermine Russia’s overwhelming military superiority in the weeks following Moscow’s February invasion.

It currently produces 20 Bayraktar TB2 drones a month, he told a Ukrainian military services foundation in August, and its order book for those drones and other models was full for the next three years.

“There are requests for armed drones from many countries and regions,” the senior Turkish official said. “Some countries that have bought them are making additional demands. They are very satisfied with the results… but it is technically not possible to meet all demand.”

While Turkish drones cannot match the technology of the models produced by market leaders Israel and the United States, they are cheaper and come with fewer export restrictions. They also perform better than Chinese or Iranian drones, which Russia has deployed in Ukraine, a Western military source said.

The Iranian drones, Shahed and Muhajir, “have some of the characteristics of, but not the real-time processing and accuracy” of the TB2s, the source said.

“The Saudis and the UAE want to dismantle the effectiveness of the Iranian drones. If they get the TB2 they will be able to … stop the flow of Iranian drones.”