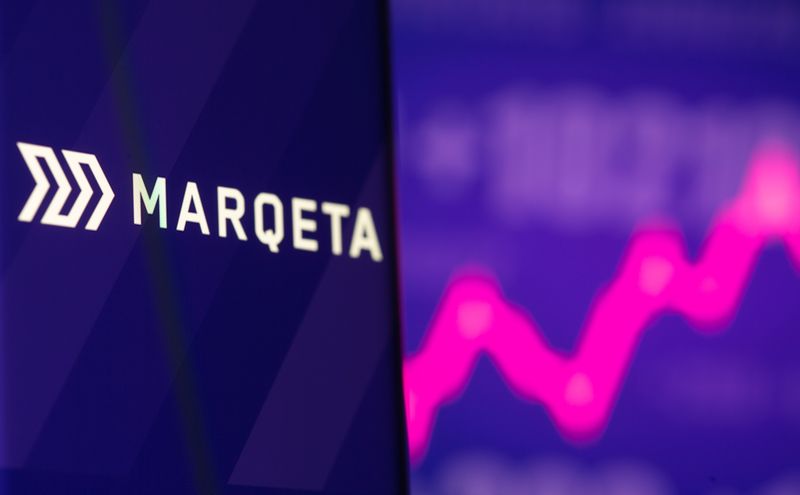 (Reuters) – Marqeta, a fintech company focused on payments services, is launching a suite of new banking products in a major push to deepen its relationships with customers which include Coinbase (NASDAQ:), Uber (NYSE:) and DoorDash.

The new “banking as a service” platform includes 40 new application programming interfaces, or APIs, that will be offered through Marqeta’s existing bank partners to provide customers with “demand deposit” accounts (such as checking accounts), early-pay capabilities and instant funding, along with other features.

The announcement comes at a critical juncture for the Oakland, California-based company, whose stock is down more than 50% since the beginning of this year, while executives search for a new chief executive to replace co-founder Jason Gardner, who announced in August he would step down.

“We have a strong vision over the next several decades that we believe customers will come to Marqeta to build these next generation products,” Gardner, who will stay on as executive chairman after the company appoints a new CEO, said in an interview.

“We’re pretty certain this is where the world is going to move, and we’ve had a good track record thus far of being able to predict what companies need from financial services infrastructure and helping them along the way.”

Banking-as-a-service, the practice of offering banking products and services through third-party providers, has surged in popularity in recent years, as businesses have looked to bring financial services traditionally offered through a bank directly to their customers.

Coinbase and Branch, a company aimed at facilitating payments for contractors, are already using Marqeta’s new banking services, Marqeta said in a release.

Coinbase has “seen many benefits from the flexibility of Marqeta’s banking as a service tools,” Sanchan Saxena, vice president of retail product at the crypto exchange, said in a statement.

Most of the new banking features are already up and running and Marqeta expects all products to be operational by the end of this year.

Gardner said that while the company doesn’t have a timeline in place to name a new CEO, it is moving quickly to find the right candidate.

“The market wants us to move as fast as possible, and that’s part of my goal too, but I need to make the best, most-informed decision,” he said.