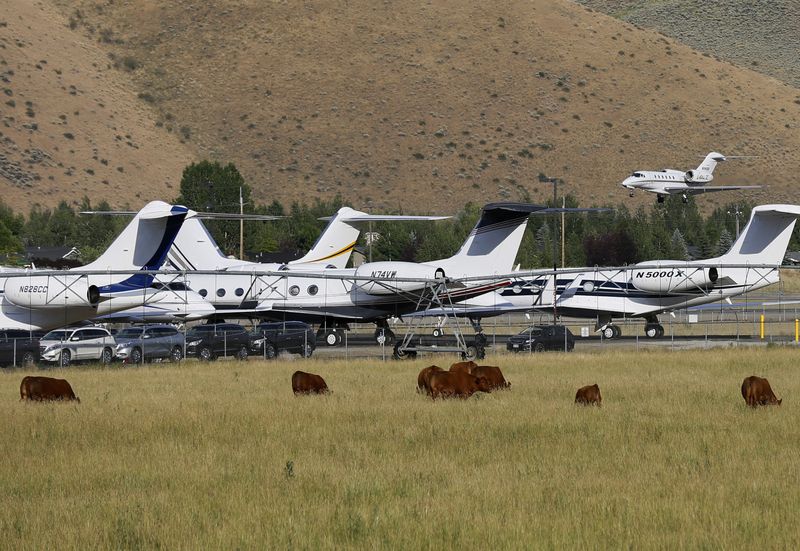 (Reuters) -Private jet service Flexjet is planning to merge with Todd Boehly’s blank-check firm Horizon Acquisition Corp. II, it said on Tuesday, in a deal that will value the combined company at $3.1 billion, including debt.

Flexjet provides a fractional jet ownership and leasing to ultra high net worth individuals on a subscription-based model and will list on the NYSE under the ticker symbol ‘FXJ’.

The deal is expected to close in the second quarter of next year. The proceeds would be used to fund fleet, program and geographic expansion as well as to improve maintenance support facilities and private terminals.

Boehly, one of the owners of Chelsea Football Club and the founder of Greenwich, Connecticut-based Eldridge Industries, is a prolific investor in special purpose acquisition companies, or SPACs, with some big bets.

His SPAC, Horizon Acquisition Corp II, raised $500 million through an initial public offering in 2020. In March that year, it offered to merge with Sportradar Group AG, valuing the Swiss sports gambling data company at $10 billion.

But the company chose to go public via the traditional route a year later at $8 billion valuation.

Over the last two years, the SPAC market has soured due to its poor financial performance and a regulatory crackdown by the U.S. Securities and Exchange Commission.

In recent months, high profile SPAC investors William Ackman and Chamath Palihapitiya have said they will return money to shareholders after they failed to find suitable merger targets.

Microsoft partners with Meta to bring Teams, Office, Windows, and Xbox to VR

Meta figured out legs for its Horizon avatars