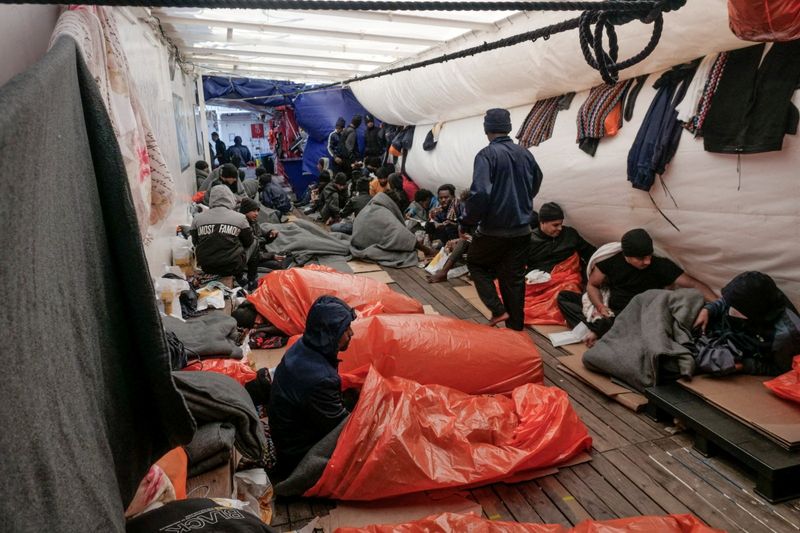 PARIS (Reuters) – France said on Thursday it was evacuating four of the 234 migrants sailing on a charity group ship near the island of Corsica, citing health reasons, following tense exchanges with Italy on which country should allow the boat to dock.

France did not say what would happen to the remaining 230 migrants.

Immigration is a hot-button issue in both countries, and France on Wednesday said Italy’s rightist government’s refusal to let the boat, which had been sailing near its territorial waters for days, disembark, was “unacceptable.”

The Ocean Viking has been at sea for more than two weeks since its first rescue in the central Mediterranean and headed to France following Rome’s repeated refusal to let it dock.

Authorities in both Corsica and Marseille, on mainland France, have said they were willing to welcome the boat – but that would require the green light from national authorities.

Italy has seen a sharp increase in migrant landings this year with almost 88,700 people arriving, compared with 56,500 in the same period last year. About 15% were picked up by charity vessels.

(This story has been corrected to make clear Ocean Viking had been sailing close to Italy, not in its territorial waters)