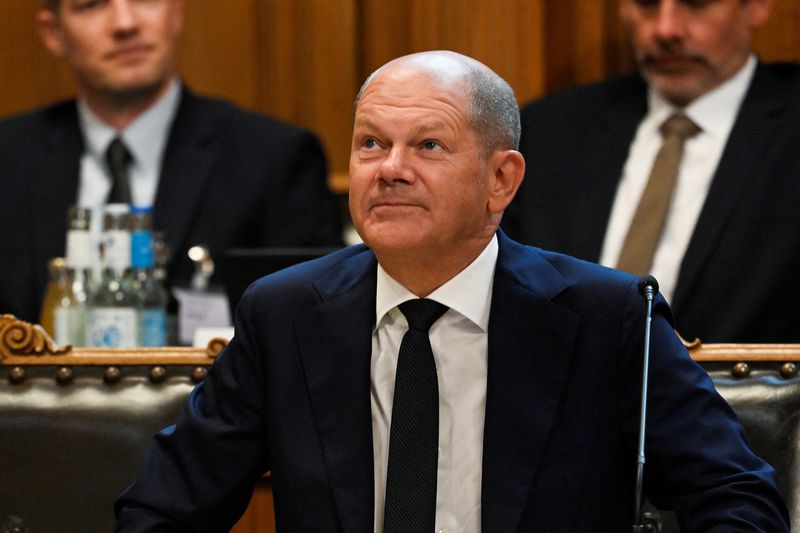 BERLIN (Reuters) – German lawmakers are not expected to summon Chancellor Olaf Scholz to testify over his role while Hamburg mayor in tackling a multibillion-euro tax fraud case after he gave testimony to a regional committee, a parliamentary source said on Tuesday.

“After the most recent questioning before the investigative committee in Hamburg, no additional knowledge can be expected from a renewed questioning,” the source, a member of the Bundestag Finance Committee, told Reuters.

The president of Germany’s lower house of parliament had previously approved a request by the opposition CDU/CSU conservatives to convene a special session off the Finance Committee to question Scholz on the case.

A final decision on the issue is to be made on Wednesday.

A grilling by Hamburg lawmakers of Scholz over his handling of the tax fraud case when he served as the city’s mayor ended in a stalemate earlier this month.

The Social Democratic chancellor denied any impropriety and opposition lawmakers accused him of obfuscating the truth.

“The chancellor must finally come clean about his role in the tax affair,” Thorsten Frei, the CDU/CSU parliamentary secretary, was quoted as saying by Rheinische Post newspaper.

The loophole, now closed, took on a political dimension in the northern port of Hamburg due to authorities’ sluggishness in 2016 when Scholz was mayor in demanding repayment of millions of euros gained under the scheme by local bank Warburg.