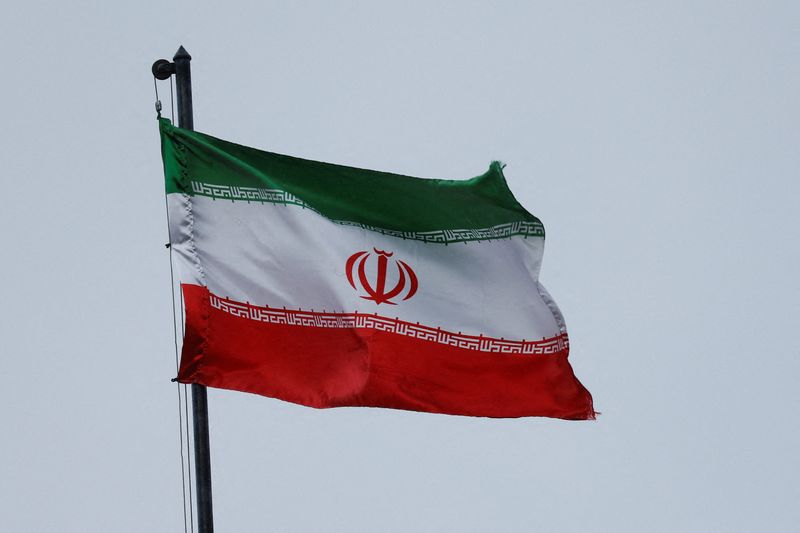 © Reuters. FILE PHOTO: A national Iranian flag waves in the wind over a building of the Iranian embassy, amid Russia’s attack on Ukraine, in Kyiv, Ukraine September 24, 2022. REUTERS/Valentyn Ogirenko

FRANKFURT (Reuters) – Germany and eight other EU member states are planning to expand sanctions on Iran to include individuals and organisations linked to violence against protesters in the Islamic Republic, magazine Der Spiegel reported, without disclosing its sources.

A package containing 31 proposals was introduced in Brussels on Wednesday targeting individuals and institutions in the security sector as well as companies responsible for suppression in Iran, the magazine reported.

Measures include the freezing of assets and travel bans, the magazine said, adding the package had a good chance of being approved by EU foreign ministers at their next meeting on Nov. 14.

Ties between the Islamic Republic and the West are increasingly strained as Iranians keep up anti-government protests.

Silver Rallies 7% Rising Past $20 per Ounce, US Mint Says Fabricators Are ‘Struggling to Keep up With Demand’ – Economics Bitcoin News

What is crypto copy trading and how does it work? By Cointelegraph