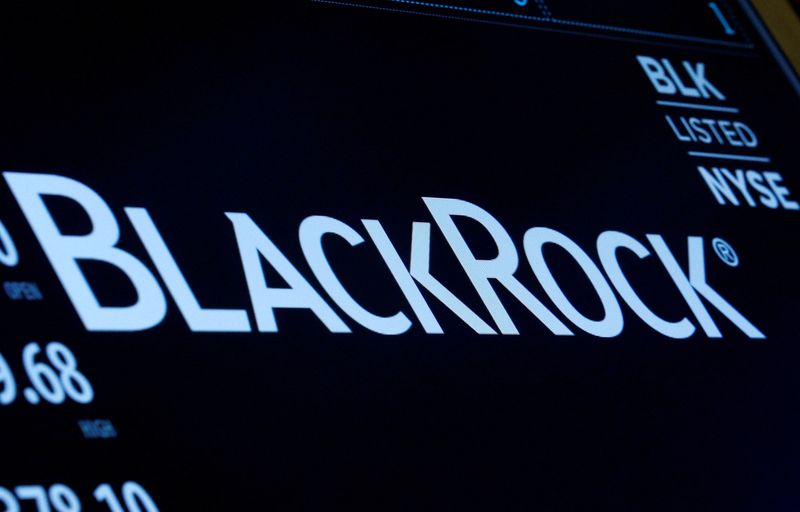 © Reuters. FILE PHOTO: The company logo and trading information for BlackRock is displayed on a screen on the floor of the New York Stock Exchange (NYSE) in New York, U.S., March 30, 2017. REUTERS/Brendan McDermid/File Photo

Risks of a global recession have increased as central banks around the world tighten monetary policy to bring down consumer prices.

Fears of a downturn would typically send investors out of comparatively risky assets such as stocks and some corporate bonds and into government bonds. But such a scenario is unlikely to play out if inflation remains elevated and central banks are forced to keep interest rates high, strategists at the BlackRock Investment Institute said in a note on Monday.

“Investors traditionally take cover in sovereign bonds, but we see this recession playbook as obsolete … Result: We stay underweight Treasuries,” they said, adding they expect government bond yields – which move inversely to prices – will keep rising.

Benchmark U.S. Treasury 10-year yields, which were about 1.5% at the beginning of the year, have surged to above 4% this year, their highest level since 2008, a trajectory followed by yields of many other countries’ government bonds.

While central banks have typically eased monetary policy to boost economies when they showed signs of contraction, “That era is over. Now central banks are set to induce recessions by over-tightening policy,” BlackRock, the world’s largest asset manager, said.

Typical investment diversification strategies – including the traditional portfolio weighted 60% stocks and 40% bonds – have underperformed this year as stocks and bonds got hit together by tighter monetary policies.

BlackRock expects the correlation between bonds and stocks to remain positive, meaning bonds will unlikely protect investors from falls in stocks valuations.

“We don’t think long-term yields reflect the likely persistence of inflation and higher term premia coming as a result … Policy rates would need to hold steady or fall for Treasury returns to flip positive,” it said.