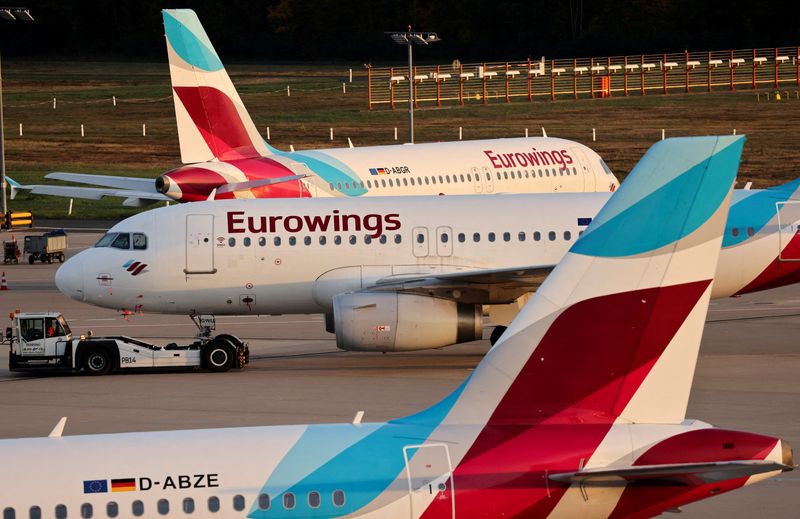 © Reuters. Aircrafts of Lufthansa’s budget airline Eurowings stand on the tarmac of the Cologne-Bonn airport as Eurowings pilots go on a three-day strike, in Cologne, Germany, October, 17, 2022. REUTERS/Thilo Schmuelgen

BERLIN (Reuters) – Lufthansa’s Eurowings said on Tuesday it was halting plans to add 200 new jobs and would have five fewer aircraft than planned in its fleet next year due to a pilots strike.

Inside the messy fight between Meta and The Wire