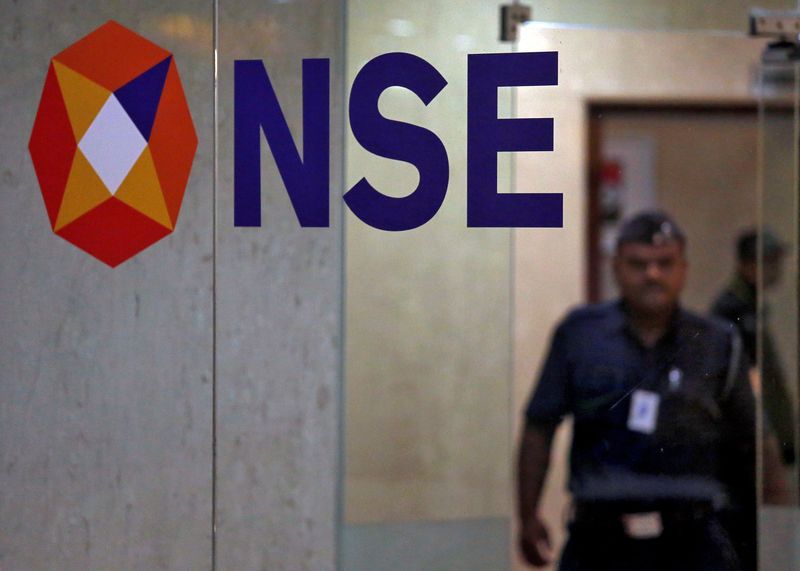 © Reuters. FILE PHOTO: A security guard walks past the logo of the National Stock Exchange (NSE) inside its building in Mumbai, India, May 28, 2019. REUTERS/Francis Mascarenhas

To make room for Adani, Shree Cement will be removed from the index, the NSE said, adding the changes are part of its periodic review.

Adani Enterprises’ inclusion comes at a time when the group company is “deeply overleveraged” and its many investments in capital-intensive businesses could pose long-term risks to investors, Fitch Group’s debt research unit CreditSights said last month.

The group has also been on an acquisition spree in recent months across sectors including renewable energy, power, cement and media, with the latest being its bid to buy a controlling stake in Indian news network NDTV.

No catastrophe, but sanctions on Moscow are working, says Russian economy veteran By Reuters