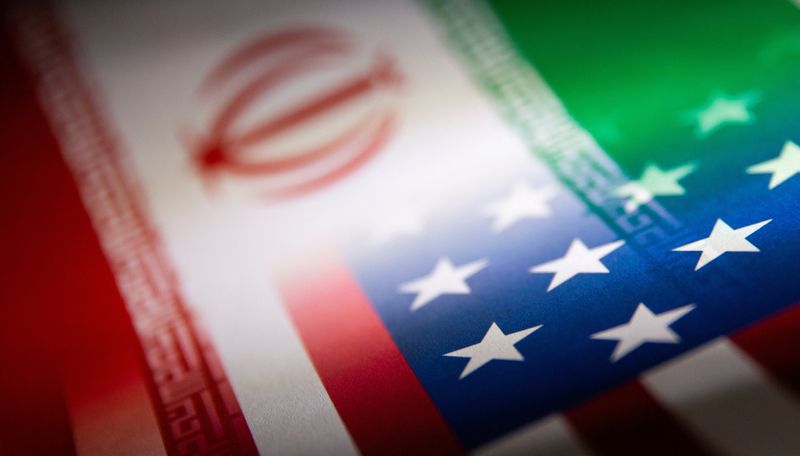 DUBAI (Reuters) -Iran needs stronger guarantees from Washington for the revival of a 2015 nuclear deal, its foreign minister said in Moscow on Wednesday, adding that the U.N. atomic watchdog should drop its “politically motivated probes” of Tehran’s nuclear work.

After 16 months of indirect talks between Tehran and Washington, EU foreign policy chief Josep Borrell said on Aug. 8 the EU had laid down a final offer to overcome an impasse for the revival of the agreement.

Iran’s top diplomat, Hossein Amirabdollahian, said Tehran was carefully reviewing Washington’s response to the text, which was conveyed to Iran last week by the EU as coordinator of the nuclear talks.

“Iran is carefully reviewing the EU-drafted text… We need stronger guarantees from the other party to have a sustainable deal,” Amirabdollahian told a joint news conference with his Russian counterpart in Moscow.

Amirabdollahian did not elaborate on “stronger guarantees”, but during months of talks with Washington in Vienna, Tehran demanded U.S. assurances that no future American president would abandon the deal as former U.S. President Donald Trump did in 2018.

President Joe Biden cannot provide such ironclad assurances because the deal is a political understanding rather than a legally binding treaty.

“So I don’t know what guarantees he’s talking about,” Kirby told reporters. The United States is awaiting a response from the EU and the Iranians.

“While we are, as I said earlier, cautiously optimistic, we are also pragmatic and clear-eyed and we realize that there’s still gaps, and we’re trying to close those gaps in a good faith way, negotiating through appropriate channels and not through the public,” Kirby added.

The man who ultimately matters in Iran’s nuclear dispute with the West, Supreme Leader Ayatollah Ali Khamenei, has not commented on the nuclear talks in his public speeches for months.

It was the bite of U.S., EU and U.N. sanctions over Tehran’s nuclear program that forced Khamenei to give tentative backing to the 2015 pact between Tehran and major powers that curbed the country’s nuclear program in exchange for lifting sanctions.

But three years later, Trump exited the pact and reimposed harsh sanctions on Iran, prompting Tehran to violate the pact’s nuclear limits, such as rebuilding stockpiles of enriched uranium, refining it to higher fissile purity and installing advanced centrifuges to speed up output.

“It will be a massive embarrassment for the supreme leader if Washington pulls out of the deal again,” said a former Iranian official. “That is one of the reasons behind Tehran’s insistence on this issue.”

The nuclear deal appeared near revival in March. But indirect talks between Tehran and Washington then broke down over several issues, including Tehran’s insistence that the International Atomic Energy Agency (IAEA) closed its probes into uranium traces found at three undeclared sites before the nuclear pact is revived.

“The agency should close this case… Such politically motivated demands are unacceptable for Iran,” said Amirabdollahian.

Tehran’s demand risks hurting efforts to save the pact. An Iranian official, speaking on condition of anonymity, told Reuters that closure of the IAEA’s investigation is “the supreme leader’s red line”.

Kirby said U.S. officials believe the sides are closer now than they have been in months, “due in large part to Iran being willing to drop some of their demands that were not related to the deal at all”.

U.S. says it will press Israel on rules of engagement after Al Jazeera journalist’s killing By Reuters