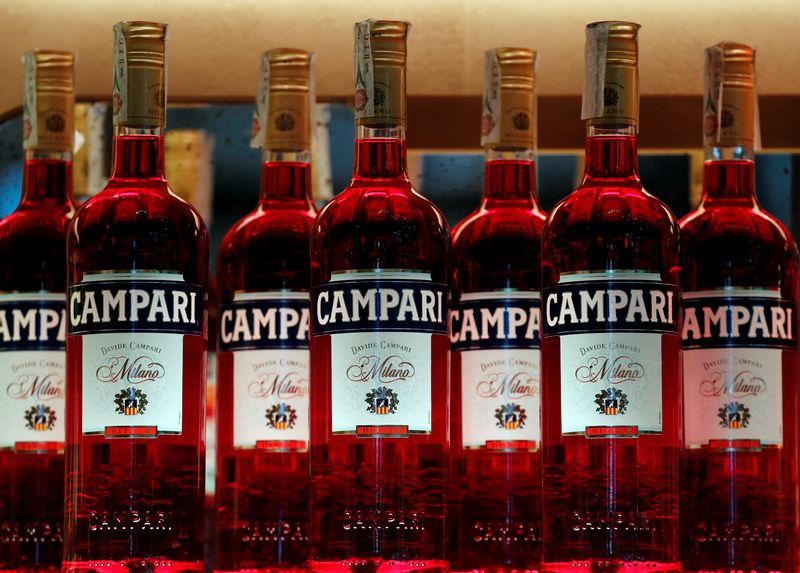 MILAN (Reuters) -Italian spirits group Campari said on Monday it had reached an agreement to buy an initial 70% stake in Wilderness Trail Distillery for $420 million, strengthening its bourbon offer.

Under the agreement, Campari has an option to buy the remaining 30% of the Kentucky-based producer of bourbon and rye whiskey in 2031.

The deal implies a current enterprise value of $600 million, which makes it the second biggest acquisition for the Italian group after it bought Grand Marnier in 2016.

He added that the acquisition allows the group, which already controls Wild Turkey, to significantly expand its production capacity and ageing inventory to satisfy the future growth of Campari’s premium bourbons.

Campari said it would finance the deal, which is expected to close before year end, with a combination of available cash and bank term loans, increasing the current net debt/EBITDA-adjusted ratio from 1.5 times to 2.3 times.

Speaking to Reuters last week, Kunze-Concewitz highlighted the importance of the U.S. market for potential expansion and said it wanted to grow its business in aged spirits.

Explosion kills two in Poland near Ukraine border By Reuters