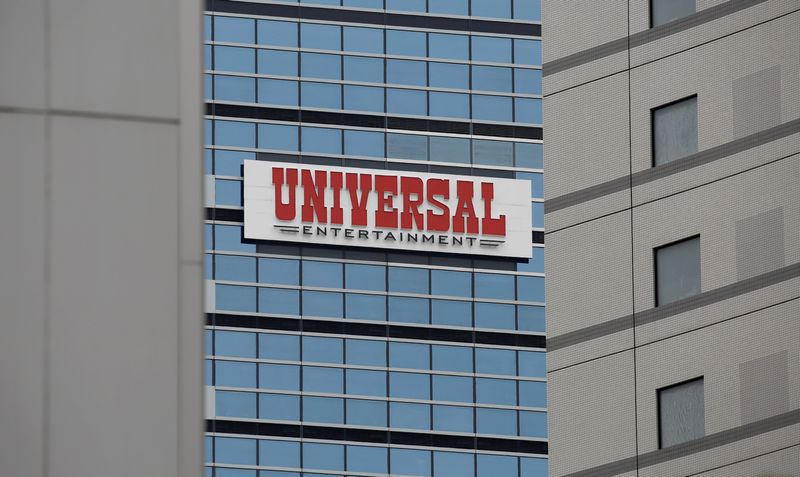 © Reuters. The logo of Universal Entertainment Corp. is seen at the company’s headquarters in Tokyo, Japan, June 29, 2017. REUTERS/Toru Hanai

MANILA (Reuters) – Japan’s Universal Entertainment Corp said on Sunday its local representatives in the Philippines have taken over the operations of the Okada Manila gambling resort, the latest step in a long-running ownership dispute.

Universal said in a statement accompanied by a copy of a Sept. 2 order from the local gaming regulator that the takeover of the $3.3 billion gambling resort, the largest in Southeast Asia, had been “generally peaceful”.

The regulator, Philippine Amusement and Gaming Corp. (Pagcor), said in its order that it was withdrawing its recognition of board members of Tiger Resort Leisure and Entertainment, the developer and operator of Okada Manila, previously installed by a group including Japanese tycoon Kazuo Okada.

Pagcor said that only Okada himself would be recognised henceforth, in compliance with a Philippine Supreme Court order in April that reinstated the pachinko mogul as chairman, stockholder and director of Tiger Resort.

Okada had been ousted from both Tiger Resort’s and from Universal’s boards in 2017.

The group of Okada and his Filipino associates, however, said on Sunday that Pagcor had defied the Supreme Court order and that they would take legal action over the matter. They did not elaborate.

In a notice issued on Saturday after the order from Pagcor, Okada Manila had said “business remains as usual” at the 44-hectare (108-acre) resort.

Okada Manila started operations late in 2016. With 993 suites and villas, 500 table games and 3,000 electronic gaming machines, it is the biggest of four multibillion-dollar casino-resorts operating in the Philippine capital, which has one of Asia’s most freewheeling gaming industries.

work for us By Reuters