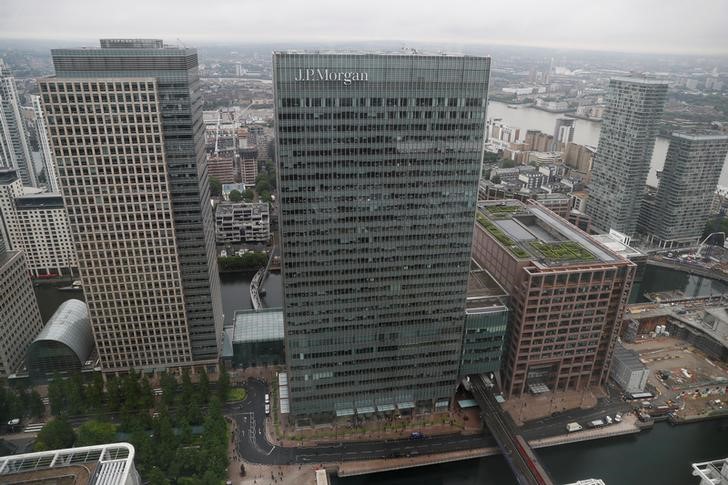 © Reuters. JPMorgan’s Dimon Tells CNBC Headwinds Will Likely Push US into a Recession in 6-9 Months

JPMorgan Chase CEO Jamie Dimon told CNBC’s Julianna Tatelbaum on Monday that a “very, very serious” combination of headwinds will likely push the U.S. and global economy into a recession in six to nine months.

Although Dimon said the U.S. economy was “actually still doing well” at the moment, and consumers will probably be in better condition compared to the global financial crisis, he added that “you can’t talk about the economy without talking about stuff in the future, and this is serious stuff.”

Dimon pointed to warning signals such as soaring , rising more than anticipated, the unknown impacts of quantitative easing and Russia’s invasion of Ukraine.

He added: “These are very, very serious things which I think are likely to push the U.S. and the world — I mean, Europe is already in recession — and they’re likely to put the U.S. in some kind of recession six to nine months from now.”

Echoing recent comments by Jeremy Siegel, a finance professor at the Wharton School at the University of Pennsylvania, Dimon argued that the Fed “waited too long and did too little” as inflation surged to a four-decade high, and that they are now “clearly catching up.”

Commenting on the potential recession, Dimon stated it could “go from very mild to quite hard” while a lot will rely on what happens with the Russia-Ukraine war.

When CNBC asked Dimon about the , he stated that it could still fall by “another easy 20%” from current levels, with “the next 20% would be much more painful than the first.”

Cardano founder points out flaws in Ethereum and Bitcoin By Cointelegraph

Ethereum Climbs 10% In a Green Day By Investing.com