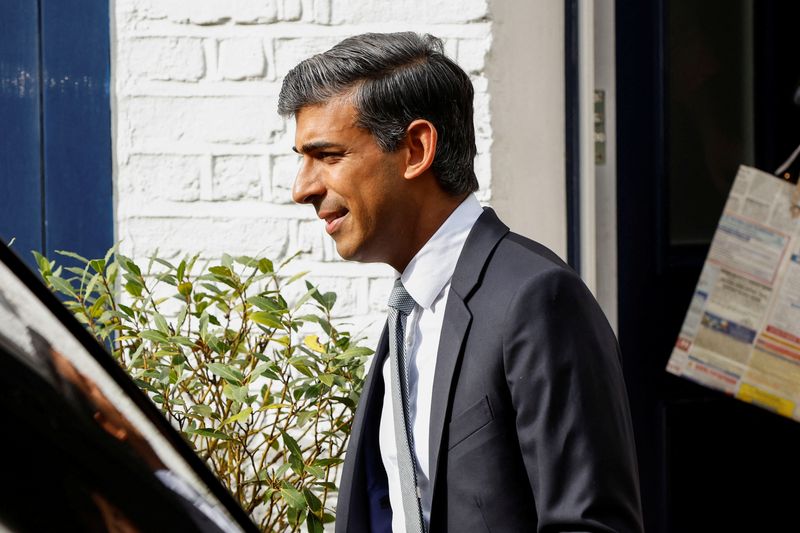 LONDON (Reuters) – Liz Truss, who is set to take over as Britain’s Prime Minister, will not offer former finance minister and her leadership contest rival Rishi Sunak a role in her cabinet, the Guardian reported on Monday.

Sunak said earlier in the day that he would not accept a ministerial job from Truss, reiterating a suggestion he has made during the Conservative Party leadership campaign that kicked off in July when Johnson was forced to step down from the role.

“It is just not something I’m thinking about,” Sunak told the BBC when asked if he would accept a ministerial job from Truss, who had a smaller margin of victory in the contest than any of her predecessors.

The Guardian report, which cited sources close to Truss, also said that Thérèse Coffey, the current work and pensions minister, was expected to become the country’s Health Secretary in Truss’s new government.

Within hours of Truss being named winner of the contest, Priti Patel said she would step down as home secretary. A lawmaker belonging to the Conservative Party told Reuters that Suella Braverman, currently the government’s attorney-general, was likely to be promoted to Patel’s role.

15 Books About Neurodiversity Tweens Will Love...