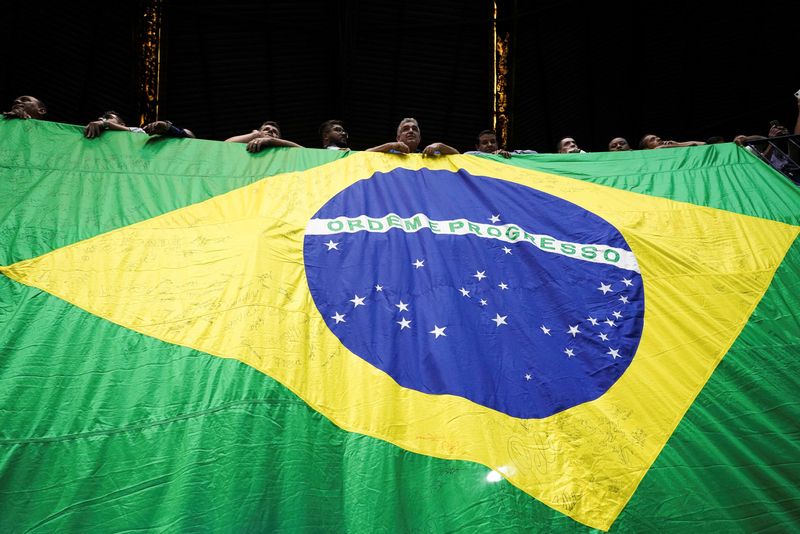 SAO PAULO (Reuters) -The mayor of a major Brazilian agribusiness hub is under investigation for telling business leaders they should direct employees to help re-elect far-right President Jair Bolsonaro, according to three people familiar with the case.

“Gather your employees and direct them. Brazil cannot become a Venezuela. It will not if Bolsonaro remains president,” Rodrigues said in a 55-second video seen by Reuters, addressing the local business community before stating his name and title.

Rodrigues told Reuters he recorded the video this week in Chapeco at a hotel where he met about 70 entrepreneurs, but he denied breaking any laws. He said to violate electoral law would require threatening or compensating someone to take action.

Brazil has seen a wave of complaints about Brazilian companies putting illegal political pressure on employees, amid the final stretch of a highly polarized presidential campaign.

There have been more than 900 such claims against companies this year, up from 212 in 2018, according to nationwide data compiled by labor prosecutors in Brasilia.

Electoral law prohibits Brazilians from promising benefits or making threats to steer votes toward or away from a particular candidate.

“What I see is a mistaken action by the labor prosecutors,” Rodrigues said, adding the investigators are “framing the entire productive sector.”

Labor prosecutors in Brasilia declined to respond to his comments.

Rodrigues said some business leaders may have committed “abuses,” but he questioned why they cannot direct their employees regarding the upcoming vote. “Of course the business owner should talk to the employee. He must. The company is his. It’s his loss if his company fails.”

One of the sources familiar with the Rodrigues case said the investigation was triggered by the video in which he refers to the Oct. 30 runoff vote between Bolsonaro and leftist challenger Luiz Inácio Lula da Silva.

“With Lula as president, we are going to face a very serious crisis,” Rodrigues said in the footage, warning entrepreneurs of Lula’s plans to raise taxes and boost social programs.

In the final moments of the video, he urged the local business elite “to get to work.”

Masahiro Sakurai shows off a prototype of the game that would become Smash Bros.

Go read this special Nature issue on racism in science