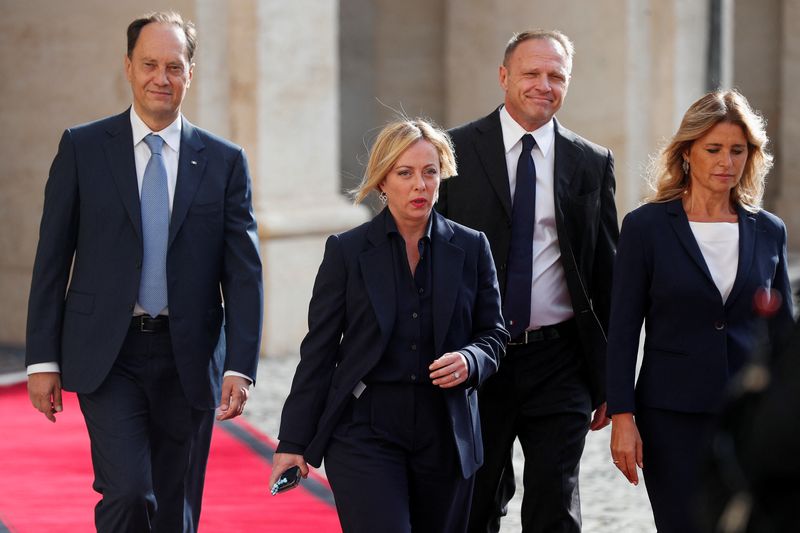 ROME (Reuters) – Giorgia Meloni has agreed to form Italy’s next government, a presidential official said on Friday, clearing the way for her to become the country’s first woman prime minister.

Meloni, head of the nationalist Brothers of Italy, led an alliance of conservative parties to victory at a Sept. 25 election and will take charge of the country’s most right-wing government since World War Two.

“Giorgia Meloni has accepted the mandate and has presented her list of ministers,” the presidential official Ugo Zampetti told reporters after Meloni had consulted with President Sergio Mattarella in his Quirinale palace.

The new government will be formally sworn in on Saturday morning, after which it will face confidence votes in both houses of parliament next week.

Italy’s 68th government since 1946 faces daunting challenges, including a looming recession, rising energy bills and how to present a united front over the Ukraine war.

It will replace a national unity government led by former European Central Bank head Mario Draghi, who attended a European Union summit in Brussels on Friday in one of his last acts as prime minister.

Although the process of putting together a new administration has been rapid by Italian standards, it has exposed tensions in the coalition, with Berlusconi repeatedly appearing to try to undermine Meloni’s authority.

How to organize your Slack channels

what are the weapons Russia is using in Ukraine? By Reuters