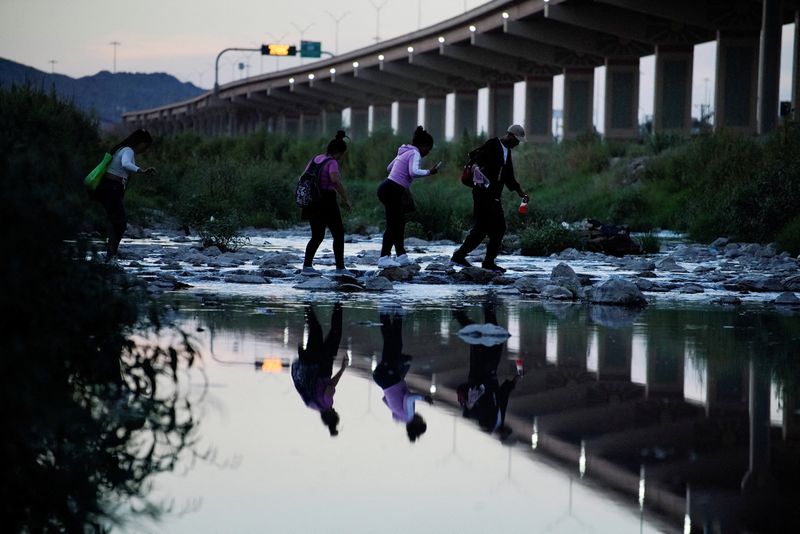 MEXICO CITY (Reuters) – Mexican President Andres Manuel Lopez Obrador on Wednesday said his government was working to keep a lid on undocumented immigration ahead of U.S. elections so that his country is not drawn into the political crossfire.

Speaking after Mexican authorities announced they had registered nearly 6,000 undocumented migrants in the country on Friday and Saturday, Lopez Obrador said his government wanted to ensure there was not “an influx of migrants in these days.”

Lopez Obrador said the country’s immigration policies were not changing, but stressed that it was important for Mexico not to be swept up in the U.S. electoral rhetoric.

“We don’t want to see the migration issue and Mexico to be part of the debate in United States,” he told a regular news conference, noting that in the run-up to elections there was “always the temptation” to use migration for political ends.

Former U.S. President Donald Trump, a Republican, made illegal immigration a focal point of his 2015-16 election campaign, causing outrage in his country’s southern neighbor by describing Mexican migrants as rapists and drug runners.

In recent weeks, Republican state officials have bused thousands of Latin American migrants to largely Democratic cities elsewhere in the country, fueling tensions over the issue and accusations that migrants are being used as political props.

Abbott, a critic of U.S. border policy, has bused migrants to cities like Washington, D.C., Chicago, and New York City, where the mayor this week declared a state of emergency to address the new arrivals’ strain on city resources.

How Verizon, AT&T, and T-Mobile responded to Hurricane Ian

Take a Virtual Museum Tour With This Educational Scavenger Hunt