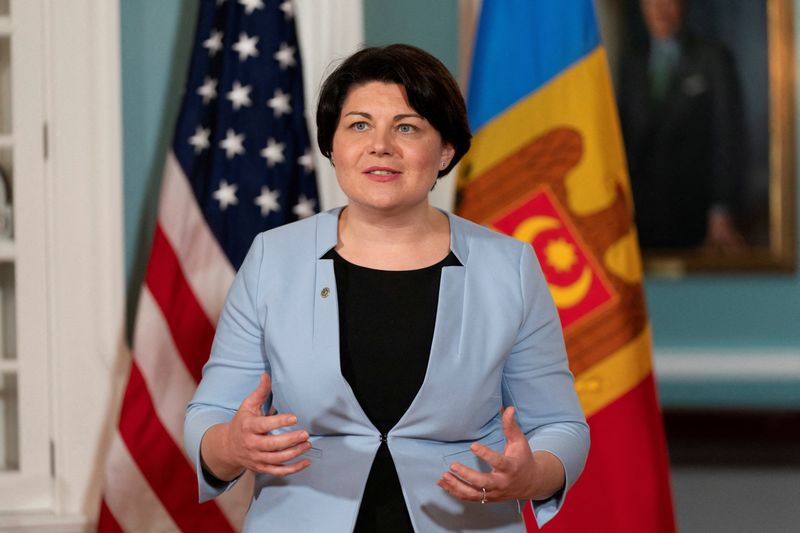 CHISINAU (Reuters) – Moldova’s prime minister proposed senior parliamentarian Dumitru Alaiba as economy minister on Wednesday as the country tries to deal with the impact of the war in Ukraine and rising food and energy prices.

“The personnel changes are aimed at better managing the economy and better trade, which will allow the government programme to be carried out,” she said.

Moldova’s pro-Western government has resisted calls to resign by protesters who have staged demonstrations over steep price increases, particularly for gas bought from Russia.

The tiny former Soviet republic, which lies between Ukraine and Romania, expects zero economic growth this year and inflation of more than 28%. Last year the economy grew by almost 14%.

Problems have been compounded by the war in Ukraine, and thousands of Ukrainian refugees have arrived in the country since Russia invaded its neighbour on Feb. 24.

In Washington, Macron to seek relief for Europe Inc amid China competition By Reuters