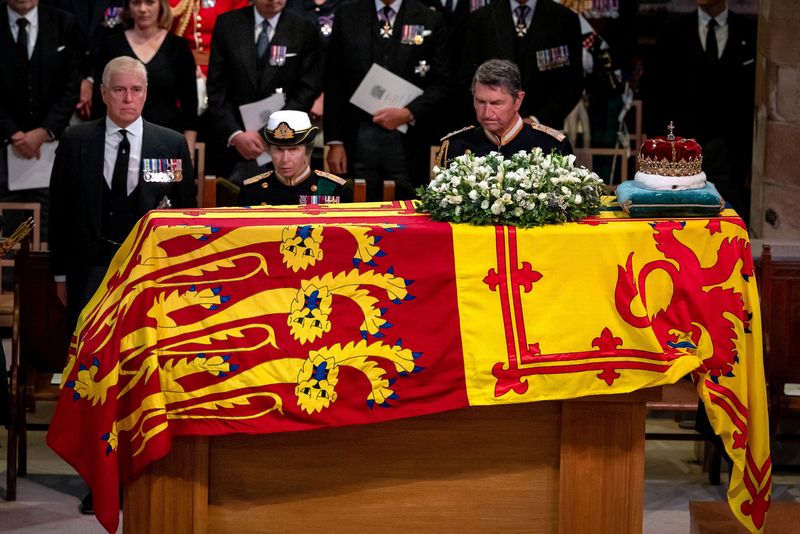 LONDON (Reuters) – The will of Queen Elizabeth II, if the public could see it, would provide rare insights into the late monarch’s wealth, but unlike those of ordinary British citizens hers will be sealed and locked in a safe for at least 90 years.

The practice of sealing the wills of deceased royals dates back to 1910 and the seldom remembered Prince Francis of Teck, whose will is one of more than 30 kept in a safe in an undisclosed location in London, under the care of a judge.

By convention, after a senior royal dies, the executor of their will applies to the head of the London High Court’s Family Division for the will to be sealed. Successive judges in that position have always agreed.

Those details were unknown to the wider world until after the death in April 2021 of the queen’s husband, Prince Philip, when it fell to judge Andrew McFarlane to deal with the application to seal his will.

The judge ruled that the will should indeed be sealed, but decided to publish his ruling to give the public some understanding of what was going on and why.

“The degree of publicity that publication would be likely to attract would be very extensive and wholly contrary to the aim of maintaining the dignity of the Sovereign,” he wrote, adding that this was necessary for the monarch to fulfil his or her constitutional role.

The judge revealed the existence of the safe containing the royal wills and that, as the current president of the Family Division, he was in charge of it even though he had no knowledge of the contents of the sealed documents.

The late queen’s will, when it is deposited in the safe alongside her husband’s, will join those of her mother Elizabeth and sister Princess Margaret, who both died in 2002.

Margaret’s will was the subject of a 2007 legal challenge by Robert Brown, who claimed to be the princess’s illegitimate son and who wanted to see it in order to advance his claim. The courts rejected his belief as “irrational” and he was not given access.

Prince Francis of Teck, whose will is the earliest to be kept in the safe, died in 1910 aged 40. He was the younger brother of Queen Mary, wife of King George V and grandmother of the late queen.