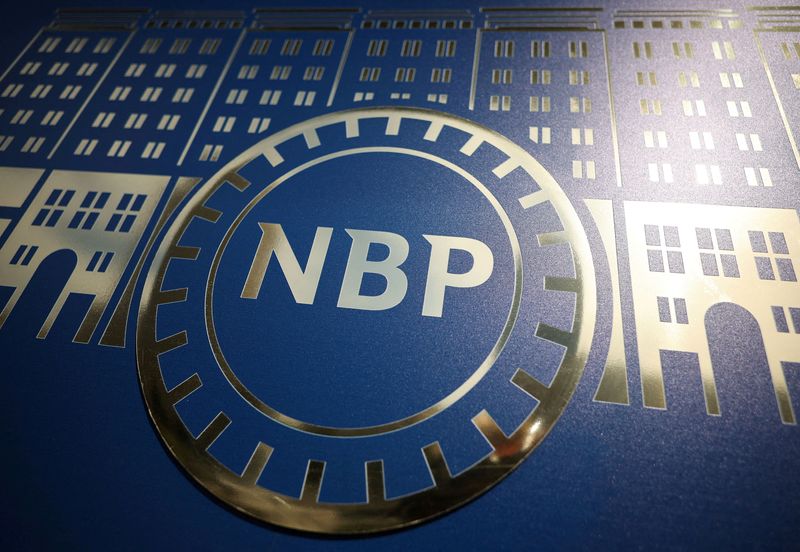 © Reuters. FILE PHOTO: A logo of the Polish Central Bank (NBP) is seen on its building in Warsaw, Poland, September 8, 2022. REUTERS/Kacper Pempel

Poland’s inflation would remain high in coming months and the first quarter of 2023 but would not exceed 20%, Kochalski told TVN24 television in an interview.

Poland has plenty of room for interest rate rises, and a hike by 100 basis points might be needed in November, fellow central banker Joanna Tyrowicz was quoted as saying earlier on Tuesday.

“I’m far from this opinion, it seems there’s no room for that,” Kochalski said commenting on Tyrowicz words.

“Further radical interest rate hikes would bring inflation down but at a very high cost for the society,” he said.

In October the National Bank of Poland (NBP) kept its main interest rate on hold at 6.75%, opting to leave borrowing costs unchanged despite soaring inflation, as it warned of an approaching economic slowdown.

Marvell shares fall after a ‘significant reset’ By Investing.com

Bitcoin Will Save the World from Economic Chaos, —Michael Saylor By CoinEdition